A stronger earth elemental soul manifests with crystals and rocks replaced by shining black obsidian shards and dagger-like crystals. A fine mist of rock dust fills the air around this weapon, and coats everything nearby. Functions as the lesser version, but the difficult terrain spreads by 15 ft per hit, to a maximum of 45 ft, the AC bonus becomes a +2 and the damage bonus instead adds an additional weapon damage die.

Weapons ensouled with a powerful earth elemental spirit are behemoths of solid crystal with inset obsidian blades. Crystal shards constantly shed into the nearby air, making breathing almost painful. A faint rumbling can be heard from an indeterminate direction, but if the weapon is touching the ground the rumbling grows loud and close, shaking small objects. As the normal version but the spread is 20 ft per hit, maximum 80 ft, the AC bonus becomes a +4, and the damage bonus is an additional two weapon damage dice. Foes that spend more than two rounds in the difficult terrain must save , DC 10, each round or become entangled in the stone. If entangled, save or become helpless.

“Chaos” Elaborate brass reliefs gild this weapon up and down, with brightly colored silken tassels loop through a brass loop on the handle. Small wafts of thick smoke hang around the weapon and its wielder. This weapon shifts its base weapon, but keeps all its magical effects. Saying “I Wish” and pulling on the silken tassels causes the weapon to shift form to a new form, some of which have additional effects. Shifting releases a puff of thick smoke and gives a +2 bonus to attack and damage for 1 round. If you are proficient with its base form, you are always proficient, regardless of its current form.

The heat and spicy aroma of a candle or incense seems to hover just out of view over your shoulder. Smoke is fairly constant in the air around this weapon, and moving it leaves a smoke trail. As the lesser version, but the bonus doubles to a +4 to attack and damage. When the weapon shifts, it puffs out a large blue-black whiff of smoke, vaguely humanoid in shape, that conceals you for 1 round. As the lesser version with added abilities and two new entries.

Holding this weapon for more than a passing moment glammers you with fine silk turban and robes, tied at the waist with bright colored sash. As the normal version, but the bonus increases to a +5. This bonus and the protective smoke last for two rounds. Shifting the weapon to a new form summons forth a large humanoid form of blue-black smoke, which will attack once each turn at your command using your stats. This effect lasts for two rounds. When shifting, roll twice on the normal version’s table, and choose which form your weapon takes and which form the smoke will wield.

“Joy” Swirls of dye and clusters of inset gems move around your weapon, occasionally even up your arm, with the tickling touch of a chick’s down. Any light above shadowy illumination is sufficient to make this weapon faintly sparkle with pastel rainbow colors. Hitting an enemy brings forth the sound of a strumming harp, shoots out bright rays of colored light, and switches you with an enemy within 10 ft. The sudden switch puts them off balance, and confuses the enemy you just attacked. One creature hostile to you makes one attack against the foe you just switched places with if within reach.

While moving, a fey ensouled weapon bends and twists to some unheard melody. While still, small birds, butterflies, and moths slowly coalesce and land on this weapon. As the lesser version of the weapon, with the range increased to 30 ft and the teleport causes the enemy to be the recipient of one attack from up to three of your enemies within reach of where you were just standing.

Small amounts of sparkly dust float around the greater soul of a fey weapon, itching the noses of creatures within 5 ft so that they constantly feel ready to sneeze. Any hits with this weapon cause this weapon to shake and laugh with the innocent laugh of children. The weapon functions as the normal version, with the range increased to 60 ft. The teleported enemy receives attacks of opportunities from your foes and allies within reach. Teleporting bathes you in bright rays of vibrant color and creates 1d4 color clones that last 4 rounds. 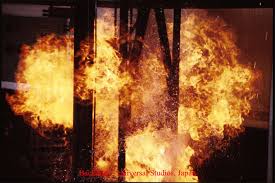 “Law” Straight, rigid, and unyielding. Always naggingly uncomfortable to hold, as if it was purposefully designed not to fit your hand. Like a DMV for your hand. Upon striking a foe, you make a declaration of a rule. You can outlaw a damage type, movement, or speech. Magic runes float around them, making them aware of the limitations so placed. If they break the ‘rule’, they take 5 damage. The ‘rule’ lasts for 1 round, and you can only have one can be active at a time.

The drained colors give the weapon a tired appearance. Orderly writing in an inscrutable language neatly covers the weapon. As the lesser version, but the ‘rule’ lasts for 2 rounds, two can be active at a time, and the damage increases to 10. Two new rule types can be created: spells and extraordinary abilities.The rules stack.

Cold, grey, and absolutely neutral in every way. Holding it cools your chaotic emotions and calms your speech to a slow, assertive, and calm legalese.  Striking a foe creates a ‘rule’ like the normal version, but with a duration of 5 rounds with up to three effects active at once, and dealing 15 damage. Hostile creatures within 5 ft. of a ‘rule’ creature take 5 damage if they break a ‘rule’.