Wooden weapons that are formed from freely given branches of dryads and Tree-folk and magically preserved by druid rituals will regrow from almost any damage. The largest remaining fragment of wood, when planted in fertile soil and tended for one week, will regrow to its normal size. Once a year, living wood weapons sprout blooms. If those blooms are undisturbed by use in combat for one week and are brought near other blooming living wood, each will bear a fruit over the course of the next two weeks. The seed of this fruit will grow into a new living wood weapon that is a cross between its two parents. 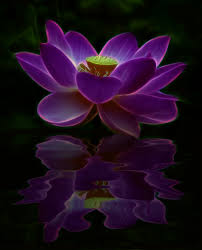 A delicate, deep purple-black bamboo handle holds a bright steel sickle. A Lotus Sickle is treated as a +1 sickle but it also summons large black petals that whirl and slash in a downward line. These petals deal damage as a +1 sickle to enemies in a 10 ft. line starting from the initial attack. Enemies slashed by the falling petals make a CON save, DC 12 or take 5 poison damage each round until they make the save.

Gold leafing is flaking from the handle of this long bladed dagger and a dull red gem is seated in the pommel. In addition to being a +3 dagger, the dagger also confers a +1 bonus to all rolls by improving the owner’s luck.

A shining gold-handled dagger holds a shining red ruby in its pommel. This +3 dagger also confers a +1 bonus to all rolls to its owner, thanks to a small boost to their good fortunes. Also held in this blade is the ability to call for a single Wish to be fulfilled. The Wish is completed as near to the intent of its wielder as possible and does so entirely through good fortunes on the part of the owner. Once the wish is called upon, the gold handle begins to flake and the ruby dulls.

Clerics have called on secret rituals to consecrate simple maces or morningstars and transform them into powerful weapons against the undead. A Mace of Disruption deals an additional 2d8 radiant damage against the undead. Words carved into the handle detail how to perform last rites, and can be used once each day to lay a dead body to true rest, sanctifying it against necromancy. 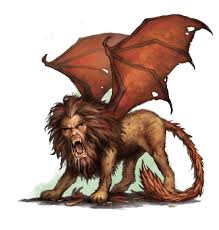 Spines grow from the wood of clubs or great-clubs that are so enchanted. In addition to being a +2 weapon, a Manticore Tail can fire spines at foes within 30ft as part of any attack. An attack shoots 2d4 short spines that each deal 1 damage distributed in any way against any number of targets within 30ft. A Manticore Tail has 10 spines and regrows them after five minutes.

Signs of a named craftsman adorn this weapon, and show the care and focus that went into its creation. Fine craftsmanship confers a +1 bonus to attack rolls and an increased, -1 quality.

Worshipers of death hold in high regard this black steel scythe both because of the symbolism of the weapon but also because of the deadly mercury contained within. The internal, sloshing mercury gives this +2 scythe a more deadly critical blow. Its critical range is increased by 1 and it deals an additional two weapon damage dice on a critical hit. If it breaks, it splashes mercury on all within 5 ft. and requires a CON save DC18 or take 1 CON damage each day until two successive CON saves are passed. 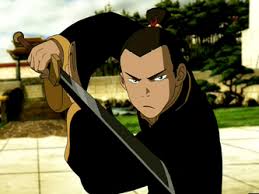 Hard metals from the heavens that have been forged into a strong weapon. They retain a passing warmth and a shining black finish. Metoerite weapons ignore the hardness of materials weaker than adamantite and they slice through iron easily, dealing double damage to items weaker than steel. All meteorite weapons must be made by skilled smiths, requiring that they also be masterwork.

A long, thin rapier or dagger with a fine ridging on the blade that makes it appear thinner and shorter than it truly is. The +2 weapon combines magically enhanced sleight of hand with a long thin blade to disguise its damage for the first five rounds until the foe catches on, with any successful attacks appearing as misses. After this time, damage is noticed normally. On a critical hit, the Mosquito causes bleed damage of 1.

This dry-mud covered, gnarled walking stick functions as a +1 quarterstaff. It creates thick and muddy difficult-terrain in a 10ft radius on earthen ground after hitting a foe or striking the earth as an action. Creatures within that area must DEX save, DC 10, or fall prone in the mud. Once each per day, the staff can turn 500 cubic feet of earth to mud or mud to earth. The earth or mud must be continuous and the Mudstaff must touch some part of it, with no section being thinner than 6 inches. The wielder is not affected by mud or quicksand while wielding the Mudstaff. 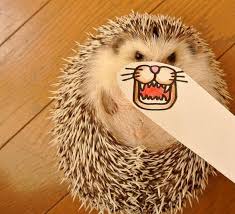 A hand crossbow stylized to look like a small rodent. It can be loaded with up to ten bolts in a single action, which are then stored in the ‘back’ of the rodent like spines. Bolts fired from this +2 crossbow seek out their target and will swerve around cover and through holes, ignoring any cover while the wielder has line of sight to the target. The bolts are so unswerving that they hit for half damage on a near miss within 5 of the target’s AC.

While the style of an Oathsworn bow may change and its size may vary, what is constant amongst all Oathsworn is the whisper, “My oath is to bring death to your enemies”, heard when it is picked up. The bow grants a +2 to attack and damage. Swearing an oath against a foe grants a further +2 bonus to attack and +2d8 weapon damage for 24 hours against that foe or until they die. While they are so sworn, they take -2 attack and damage against all other foes and also gain no magical bonuses from Oathsworn. If 24 hours passes without killing the sworn enemy, the wielder loses all magical bonuses from the Oathsworn until they kill that enemy, until the arrival of the next full moon, or they successfully hunt a dangerous beast by themselves.

Glossy black shards of volcanic rock line a hardwood shape of a metal weapon. Obsidian weapons are not as sturdy as their metal counterparts, having a reduced weapon damage die, a decreased quality of +2, and the hardness of stone. It is a useful replacement where metal weapons cannot be used and it also leaves jagged wounds, dealing 1 bleed damage when it rolls maximum weapon damage.

Necromantically infused bones of outsiders, like angels or demons, are functionally steel weapons. Outsider bone is great for channeling touch spells. On hit, outsider bone weapons deal normal weapon damage and they activate a held touch spell, with a +2 to DC and deal 1 damage per spell level of necrotic damage.

Held in great regard by pacifists and gang enforcers alike, the Peacekeeper is a long metal rod, loosely wrapped with a thick chain. It deals damage as a +2 club, but all of its damage is non-lethal. Any creature struck by the Peacekeeper is charmed to be unable to attack until they make a DC 12 WIS save or until they are the target of an attack. This save can be made once on each of their turns.

When the Piercing enchantment is applied to a reach or ranged weapon, the weapon gains a good deal more heft. Reach weapons can make a second attack roll at a second target adjacent to the first target for half damage, while ranged weapons can make a second attack for half damage at a target behind the first target in the same trajectory within the weapon’s normal range.

Steel weapons can be made of platinum instead with no decrease in effectiveness or quality. Platinum weapons used as spell foci conduct the magical energies hyper efficiently. Spells cast through a Platinum weapon deal an additional 5 damage.

An animal magically and permanently morphed into the shape of a weapon. A polymorphed weapon retains a few of its animal characteristics and its animal intelligence. Polymorphed weapons can be trained and tamed like a normal animal to do tricks such as: activate an ability on command, refuse to attune to others, come (move at a slow 5ft. a round), stay (make itself difficult to pick up), fetch, etc.