Design a site like this with WordPress.com
Get started
Skip to content
Having finished with all the weapons of war I could think of, now its time to start filling out my magic items roster with a host of magic armors and shields. Check out that magic weapons series here.
+1 Bonus     1000
This armor has been magically enhanced to provide improved defense. Protective runes adorn the armor.+1 to armor class.
+2 Bonus     5000
This armor has been magically enhanced for superior defense. The protective runes on this armor faintly glow, giving off dim light in a 5ft radius. This light can be turned off on command. +2 to armor class.

Greater ablative armor forms thick, interwoven ceramic plating over the armor at night. The ceramic will absorb the first 15 damage taken each day as large ceramic chunks loosen and fall to the floor.

Absorptive   40000
When created, Absorptive Armor is attuned to one element. The wearer and the armor become immune to that elemental damage type. Magical damage of that type repairs the armor and heals the wearer for half the damage that would be dealt, up to a maximum of 50 HP each day. Glowing geometric patterns inscribed across the armor reveal the armors affinity for its chosen element. The armor has a faint, candle-like glow of the color of its element. Fire is red. Necrotic is black-lit. Etc.
Acrid    4000
Acrid armor sweats small green-black beads that burn slightly when touched. When the wearer is struck by an attack, if the attacker is within 5 ft., they take 1d6 acid damage.
Adamantine    3000
This metal is a cross between blast furnace steel, of a mixture known only to master Dwarven smiths, and Adamantite. It is incredibly hard, holds a keen edge for decades after sharpening, and still remains ductile enough to avoid being brittle. Armor crafted of Adamantine must always be masterwork and will grant damage reduction against non-elemental damage. The cost increases depending on what category the armor is. Light armor grants 1 DR. Medium armor costs twice as much and grants 2 DR. Heavy armor costs thrice as much and grants 3 DR.
Adamantine Plate   12500
An Adamantine Plate is more than just a simple plate mail made of adamantine. This is a symbol of Elven and Dwarven cooperation. Dwarven made adamantine plates are built with Elven made mithril joints and leather bindings. In addition to the 3 damage reduction from the adamantine, this full plate can be treated as medium armor. Adamantine Plate is always masterwork.
Arbiter Plate   9000
Adorned with black, flowing robes, this +2 plate mail has large pauldrons and sits impressively on all wearers. The wearer gets a +1 bonus to Charisma checks. If the wearer is lawful neutral, they also gain advantage on checks to sense motives, discern lies, or persuade others. Three times each day, the wearer can create a Sanctuary, requiring all creatures within 15ft to make a WIS save (DC 14) in order to take a hostile action. This effect lasts for 1 minute or until the wearer commits a hostile act.

Armor of the Martyr    10000
The Armor of the Martyr can be made of any type of armor, but the armor is distinguished by its change when donned. Armor of the Martyr will change to reflect the soul of the wearer, turning a bright white color on a good aligned creature, a pitch black on an evil aligned creature, or turning a bland grey on an unaligned creature. This +2 armor fills the wearer with an inner light, reflective of their soul, each time they drop to 0 HP. This inner light explodes from them, dealing 5d6 radiant (or necrotic, if evil) damage to all creatures within 10ft, and 2d6 damage to those within 20 ft. Those creatures make WIS saves (DC 15) for half damage. The wearer is protected from this damage only the first time the inner light courses through them each day. Neutral characters on the good-evil axis only benefit from the basic +2 armor effect.
Astral Silver 6000
Astral silver mined from rocks and mountains floating in the shifting Astral plane. Smelted down and mixed with iron in a carefully guarded secret process known to the Githyanki, this chaotic and shifting metal can be forged to replace standard metal armors. Metal armors made of Astral Silver make the wearer appear to shift and move chaotically, giving the wearer concealment against attacks. The wearer’s true location is revealed by true-sight abilities. Light armors made of Astral silver confer a 10% concealment against attacks. Medium armor confers a 15% concealment but costs twice as much. Heavy armor confers a 20% concealment against attacks but costs thrice as much. 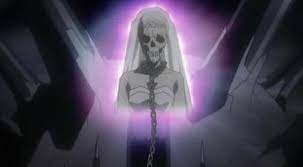 Banshee Chain    50000
This black, mithril chainmail has a wispy, frail, white cloth caught in its links. Banshee chain is made by bathing +3 Mitrhril chainmail in the blood of an elven maiden or bachelor and burying them with an expensive death shroud. This death shroud becomes the white cloth attached to the chainmail and it is said their soul resides here. This +3 Mithril chain mail is medium armor but can be treated as light armor. As often as every five minutes, when the wearer is struck, the Banshee Chain releases a 30ft. radius banshee wail. Affected creatures make a WIS save (DC 12) or die. If they make the save they still take 3d8 necrotic damage. Any creature that dies from the banshee wail will arise as a zombie the next night under the control of the wearer. The wearer can control up to their HD in zombies. Zombies must be released until this limit is met. Released zombies wander aimlessly, hungering for living flesh.
Black Dragon Scale    3500
Black Dragon Scale is a +1 black-green scale mail armor made from the hide of black dragons. It confers resistance to both poison and acid. Even though its source is from the evil black dragon-kind, no dragon looks favorably on those that wear Dragon hide.
Blasting  8000
The blasting enchantment is actually an invisible fist of force that is tied to the armor. Enemies within 5 ft. that strike the wearer are struck in return for 1d6+2 force damage. The invisible fist rotates about the armor, lashing out at those who hit the wearer.

Bone    150
Necromantically infused bone makes a passable substitute for metal. These bones channel spell energies efficiently, increasing the duration of spells cast on the wearer by 1 round. Necromancy performed on a target wearing bone armor is doubled in terms of duration or its effect is made 50% more potent.
Brimstone    2000
Blood and flowing, molten rock mixed with iron make up a secret Djinn recipe for this infused steel. Brimstone armors heat up in the presence of wounds and injury. While the wearer is bloodied, they gain one point of damage reduction against non-elemental attacks.
Caster’s Shield    2000
This simple, wooden +1 buckler has sheep-hide vellum bolted to its inside face that the wearer can scribe like a scroll. When the ‘scroll’ is cast, the vellum remains and can be reused. The vellum is not large enough to fit the amount of text required to write out a spell of higher than fourth level.

Celestial Armor   25000
Glimmering, silvery wings magically spring froth from this polished +3 scale mail. The wings allow the wearer to glide indefinitely and for up to 30 minutes each day, take flight with good maneuverability at a speed of 50 ft. per round. Any healing the wearer performs is increased by 50%. One minute worth of flight can be expended to create 1 round of a 30 ft healing aura, lighting up the silvery wings while the wearer glows. The healing aura heals 10 hp, deals 10 radiant damage to undead, removes curses as per the spell, and acts as a protection from evil spell each round.
Part II of the Magic Armors series.

1 thought on “Worn and Weaponized Witchcraft (Part I)”