A Miner’s Hope is a two part pair, consisting of a pinewood coffin singed to display a crossed pick and shovel, and a bronze medallion. When clutched tightly, its wearer is teleported to the inside of the coffin. The coffin must be within 500 ft. and empty, otherwise the medallion warms but does nothing. The medallion is left behind when the user teleports. Inscribed on the ridge of the medallion is, “Do not fear the dark; for it visits every night while we dream”.

This well-worn, walnut rod is based with a cast-iron handle wrapped in tattered leather. Pointing the Mining Rod at earth or stone while squeezing the handle tightly digs through a five foot diameter circle of natural stone or earth, depositing the debris behind the wielder as loose gravel. It can dig up to 100 feet each day this way. Against worked stone, reinforced earth, or otherwise strengthened earth and stone, it costs twice as many feet to dig a hole only two feet in diameter. Any ores are chunked into gravel as well, but unnatural or foreign material is left untouched by the digging.

Minion’s Glass Eye is a pair of matched monocles. Looking through one sees instead what the other monocle is viewing. This only functions if both monocles are worn. Most Minion’s Glass Eyes are one-directional, with one monocle inscribed, “Master”, and the other “Servant”. Only the “Master” monocle can see what the other sees, and the “Servant” monocle acts just as a normal monocle would.

This harp, when played, dampens creatures’ mood. When played as a move action each round, and for one round after, it impedes all creatures with an intelligence score within 30 ft that can hear it with a -2 penalty to hit and to damage. Morose, lethargic emotion washes over the affected creatures. It can also be used to create a Calm Emotions spell twice a day. After the second use, the harps notes carry no more magical sadness until the following day. 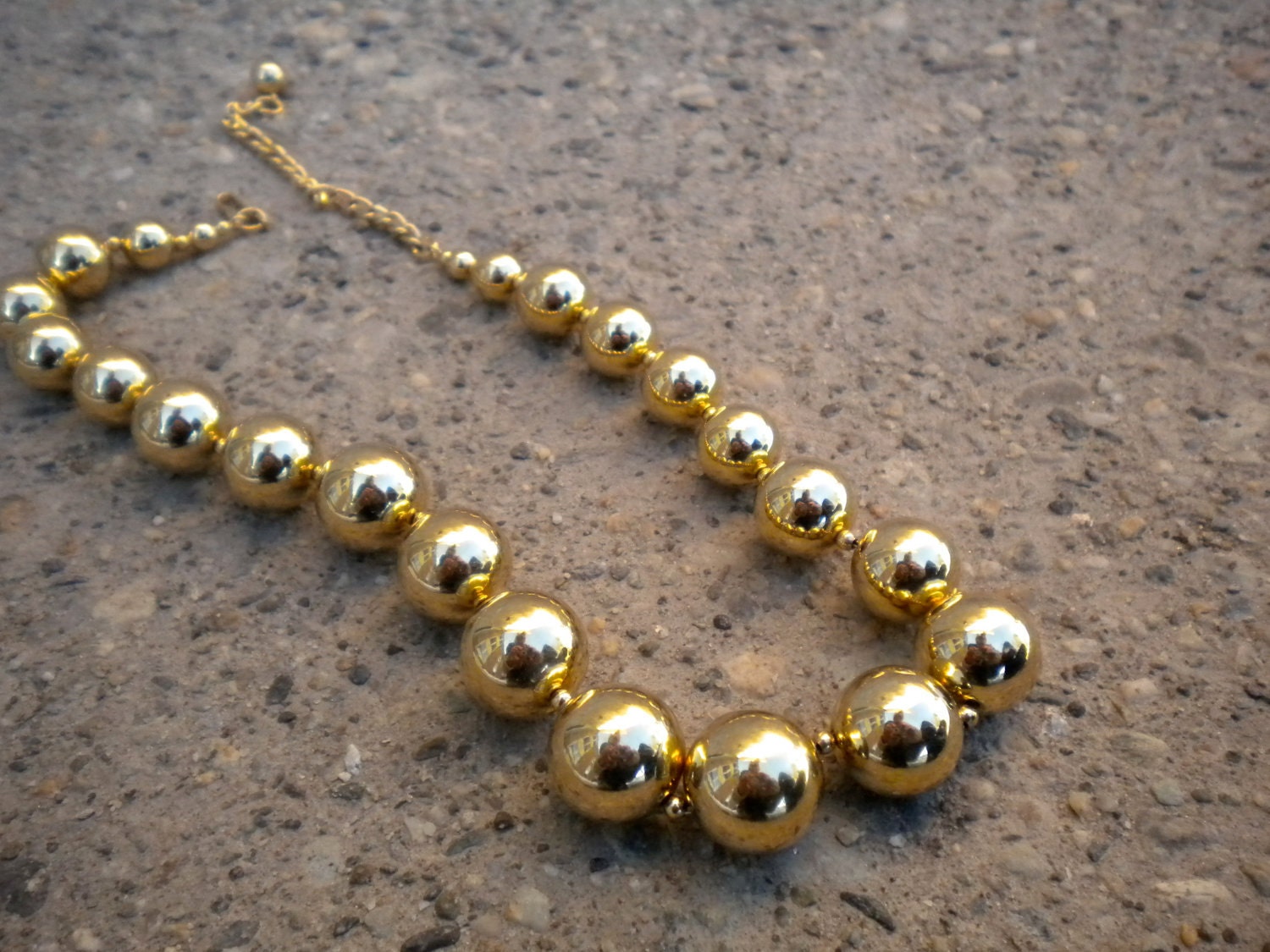 The Necklace of Fireballs is a golden beaded necklace. The beads can be pulled free easily without disrupting the chain. There are thirteen beads on the necklace, of various sizes. The largest bead is in the middle, with successively smaller beads wrapping outward along the chain. The middle orb is three times the size of the two outermost. These golden orbs act as a Fireball when tossed up to 60 feet away, dealing fire damage based on their size. The largest bead deals 9d6 damage in a 20 ft. radius, with each successively smaller bead dealing 1d6 less damage. The necklace also passively protects against cold and fire damage, reducing those two types of damage against the necklace wearer by an amount equal to the number of beads remaining on the necklace.

This sandstone staff topped with palm fronds is keyed to no particular race but provides a bonus spell slot of the third highest level available to its wielder while they are in a desert or similar environment. The wielder of this staff can go twice as long without food or water. Tapping this staff thrice on the ground while under the sun grows the staff into a tall palm tree, providing a 10 foot radius of cool shade. It can be shrunk back down to a staff by rapping thrice on its trunk. A spell caster using this staff can cast the following spells using an equivalent or higher spell slot: Create or Destroy Water, Purify Food and Drink, and Gust of Wind.

The Oracle Staff is a twisting, fogged-glass staff topped with a claw holding a clear glass orb. Blind spell casters that wield this staff gain a bonus spell slot of the highest spell level they can cast. In addition, the wielder of this staff gains blind-sense out to 15 feet. A spell caster using this staff may cast the following spells using an equivalent or higher level spell: True Strike, Sanctuary, Zone of Truth, Remove Curse, Speak with Dead, and Locate Creature.

This is a shepherd’s crook with broken blade shards lashed to face inwards on its hook end. It grants a bonus spell slot of the highest level for orcs and half-orcs that wield it and lets the user cast the following spells using an equivalent or higher spell slot: Hunter’s Mark, Shatter, Haste, and Dominate Beast. In addition, as an action done by pulling the jagged crook around a creature’s neck, it can be used to force a helpless creature make a Constitution save (DC 15) or die, with a successful save instead dealing 3d6 slashing damage. This cannot be done to creatures lacking anatomy or that are immune to critical hits. If the wearer would be reduced to 0 hit points or fewer, they stay at 1 hit point for one more turn than normal before succumbing to those wounds and dropping to 0 hit points. Additional wounds still affect them normally and can still drop them before they can act.

An Owl Eye Necklace holds a round gem with diamond-shaped iris gently in its copper chain. It provides a bonus to both intelligence and wisdom, a +2 bonus to each. It also allows the perfect recall of written or oral information encountered up to two days prior. This might allow the wearer to perfectly reproduce a language unknown to them for someone else to translate, for instance. The wearer wins any ties in initiative.

A large concave gem bearing a diamond-shaped iris sits on this thin gold chain. The Greater Owl Eye Necklace provides a +4 bonus to both intelligence and wisdom. Its wearer can perfectly recall anything seen or heard in the last month. By pressing the gem against another creature’s forehead, the wearer can impress a chosen memory into that creature’s mind, bypassing any chance of miscommunication. The wearer rolls initiative and perception checks at advantage and wins any ties.

A slate stamp, the Pain Glyph can be used to place stamps. Up to three stamps can be placed each day, with up to 5 at any one time remaining active. Newer stamps replace older ones if this maximum is reached. Once a stamp is placed, all other creatures within 20 ft of the stamp suffer needling of their nerves for a -1 pain penalty on all rolls. This effect lasts for 1 round after the creature leaves the area of effect. Placing stamps to overlap increases the penalty by 1/2 (round down), adds 10ft to the radius, and the effect lasts for an additional 2 rounds after the creature leaves. The stamps last as long as they remain legible, until new ones are made, or 1 day, whichever comes first.

The pale blue cube floats just above the shoulders of its user. This stoic cube provides a +2 bonus to strength.

Meandering just above the surface of its wearer’s clothes, the Pale Green Ioun Stone provides a +1 luck bonus on all d20 rolls until it is retrieved and put away. It hides up sleeves, in pockets, and under hats, reappearing with a warm touch after danger passes.

This lavender tetrahedron, the Pale Lavender Ioun Stone, absorbs spells of 4th level and lower targeting the wearer. It absorbs 25 spell levels, gradually picking up rotational speed until it hits 25, after which it accelerates uncontrollably until it vanishes with a blur.

Once per day, this dull-grey pearl can be touched to restore the use of one spell slot of 2nd level or lower.

A Pearl of Power is a polished white pearl that just fits comfortably in a human palm. Twice each day, this pearl can be touched to restore the use of one spell slot of 4th level or lower

The Greater Pearl of Power is a shiny black pearl about the size of a fist. Thrice each day, this pearl can be touched to restore the use of one spell slot of 6th level or lower.

The clear white sphere of the Pearly White Ioun Stone flits to and fro around the user, like a hummingbird seeking nectar. The wielder of the stone regenerates slowly, healing 1 hit point each minute and regaining two hit dice after each short rest. In addition, the owner rolls death saving throws with advantage. If using Death and Dismemberment rules, roll those results twice and take the better of the two results.

A Pendant of Nine Lives is a black obsidian and white ivory spotted cat idol suspended from a golden twine thread. If the wearer would die; instead, they are returned to life with 1/10th of their hit points, rounded up, restored. They are whole and unharmed, no matter what the cause of their untimely demise. This pendant can be used nine times before it crumbles into dust, with a sad meow.

A Pink Rhomboid Ioun Stone’s flat shape hovers over a vital point, giving the illusion of protection. Its wearer gets a +2 bonus to their constitution.