Wow, it has been almost two months since my last installment of magic items. Time certainly does fly when you’ve got so many ideas bouncing around your skull. See Part X here.

Ground up, dusty wrappings are held in this brightly colored urn. Mummy Dust is a contact poison that can be directly applied or scattered in a 10 foot cloud to inflict mummy rot. Those exposed to its touch or the cloud must make a DC 16 CON save or become afflicted with mummy rot. The wasting disease deals 1d4 CON damage each day unless the afflicted make a DC 16 CON save. Only a magical remove curse clears the affliction from the body. It can also be taken diluted with holy water to create a thin paste that inflicts a very minor mummy rot at a touch. Those who touch it must make a DC 13 CON save or become afflicted with weakened mummy rot. While this weaker mummy rot is active it reduces the sufferer’s maximum hp by 1d4 per day unless they make a dc 13 CON save, with a magical remove curse ending the effect. While so afflicted, the user cannot be infected with mummy rot or any other magical disease. A single portion of Mummy Dust can be used to make 3 touch attacks, a single cloud scattering, or 6 doses of weakened mummy rot paste.

These pacifying spores were stolen or bought from mycelin and other fungus people. Breathed in, all must make a WIS save, DC 13, or be pacified. If infected with the Mycelin Spores, a creature must make a DC 13 WIS save to take a hostile action or attack a creature. Even on a success, all affected creatures must make a DC 13 WIS save or lose their next hostile action. This lasts for 1d4 minutes. Ingesting the pale rainbow powder instead requires the creature to make a DC 15 CON save or suffer the pacifying effect for 2d6 hours. After the duration ends for the ingested spores, the creature gains a fungus themed mutation unless they make a DC 15 CON save.

Uncorking the crude glass jar exposes one’s nostrils to a heady mix of the smell tar and chunky, heavy cream. Ogre Milk is thoroughly nourishing but does not treat non-ogre’s stomachs well. When someone drinks it, they must make a DC 12 CON save or vomit the gunk up. Failing that save makes the drinker nauseous for 1d4 hours. Otherwise, the milk strengthens the bones and fills the belly. Ogre Milk lets the user count as one size larger and well fed for as long as 3 rations would normally last the drinker.

Rub the Oil of Etherealness on an object to make it ethereal and intangible to things on the material plane. The runny, liquid-like smoke is held in a fragile eggshell of salt and holds enough oil to affect one medium creature and their equipment. Alternatively, it can cover a similar mass of combined objects. The etherealness lasts for 10 minutes but coming in contact with salt causes the remaining duration to bleed out ten times as fast. A tossed handful of salt drains 1d3 minutes from the duration, halved on a successful DEX save, DC equal to the attack roll of the attacker.

A husk of garlic surrounds a small clay pot holding a noxious mix of rotten eggs, onions, and alchemical salts. When tossed, it shatters on any hard surface to release a 20 foot cloud of stinking gas. The gas lingers for 2d6 minutes, forcing  any creature that ends its turn in the cloud to make a DC 9 CON save. Creatures that fail are sickened for 1d4 rounds. The Onion Bomb’s vapors move with the wind currents and are dissipated in 1 round in a strong wind. Any creature in the bomb’s radius cannot use their sense of smell and suffer disadvantage on perception checks as the acidic vapors irritate mucus membranes.

This bound scroll is a contract for the services of an outsider or outsiders of 8 HD. Often the scrolls appearance belies the outsider summons contained within: pristine white paper denoting an angel or text that crawls hints at a formian. An Outsider Contract contains everything needed to summon the servant and is considered pre-payment for one of a few services from the creature or creatures: serve as a henchman for 1 week, perform one task counter to their alignment, or do minor services like spellcasting, giving advice, or skilled labor for a month. Activate the scroll by applying a drop of your blood. Longer service or better service can be obtained with a CHA check and appropriate compensation. This check is made with advantage if the request aligns with the outsiders alignment or is made at disadvantage if the task is at odds with their alignment. While this contract is a standard size, larger and smaller contracts are possible. These are priced proportionally, but smaller contracts aren’t worth the hassle for spellcasters to make and larger ones are hard to make as powerful outsiders (or groups of weaker ones) require very careful wording and compensation.

Poison Ivy Smoke is stored as a bundle of tinder soaked in the essential oils of poison ivy and wrapped in waxed canvas. Burning it creates a growing smoke cloud that smoulders in creatures lungs. The smoke starts out covering a 5 foot cube, expandings its radius by 1 foot each round to a maximum of a 20 foot radius. Any creature that ends its turn in the cloud takes 1d3 damage and must make a DC 11 CON save. Failure imposes disadvantage to perception and makes it hard to speak, with these effects lasting for 1d3 rounds after leaving the cloud. Suffering this effect a second time blinds the creature and makes them unable to speak until these effects are removed by a DC 20 Heal check or magical healing.

Massaging this silver ink into your tongue allows you to be able to speak all common languages fluently for 3d4+12 hours. Under its effects, all food and drink gain a slightly sweet, metallic taste. Weird, archaic, or dead languages require the oil to touch a source of that language for the Polyglot oil to work. Once applied, the user must lick a piece of writing or a fluent speaker, but before it is applied a drop of oil touching such a source of language is sufficient to empower the whole black glass inkpot with that language permanently. Some merchants sell improved or dosed Polyglot Oils for a premium.

Polymorph oil is a thick, rubbery black goo housed in a small wooden box. Shades of darker black tumble and roil inside, shifting amalgamations of man and beast that stare silently. Rubbing this oil on transforms the user and their equipment into any beast, magical beast, or humanoid with a challenge rating of less than 4. Apply the Polymorph Oil takes an action and the effect lasts for 1d4+1 hours. If the user attempts to copy a specific creature, they must make a disguise check with disadvantage. They use the result as the DC for any creature actively looking for oddities in their appearance. Taking damage or failing a save/ability check forces the user to make a CON save, DC 10 + CR, or the polymorph effect ends in 1 round. The user can choose to end the effect at any time.

Touching this shiny, black glob of oil to the skin makes it ooze out in a flash, covering the user’s skin and equipment and transforming them into any creature they choose with a challenge rating of less than 5. This oil takes effect quickly and can be performed as a bonus action or even a reaction if it is in hand. This effect lasts for 2d4+4 hours and can even copy a specific creature with a detection DC equal to a disguise check they make with advantage when they transform. If the user suffers damage greater than their HD or fumbles a save/ability check, they must make a CON save, DC 10 + CR. If they fail this save, the polymorph effect ends in 1d4+1 rounds. The user can choose to end the effect at any time. 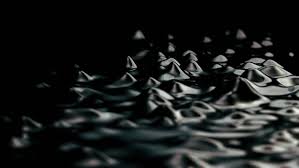 A simple oak box still contains a thin layer of dull black oil that bubbles when looked upon: tiny, innocent eyes of man and beast peering out. Lesser Polymorph Oil lets the user transform into any beast or magical beast with a challenge rating of less than 2. This last for 1 hour and cannot copy any specific creature. Applying the oil takes a full round. Taking damage or failing a save/ability check causes the polymorph effect to end 50% of the time. The user can choose to end the effect at any time.