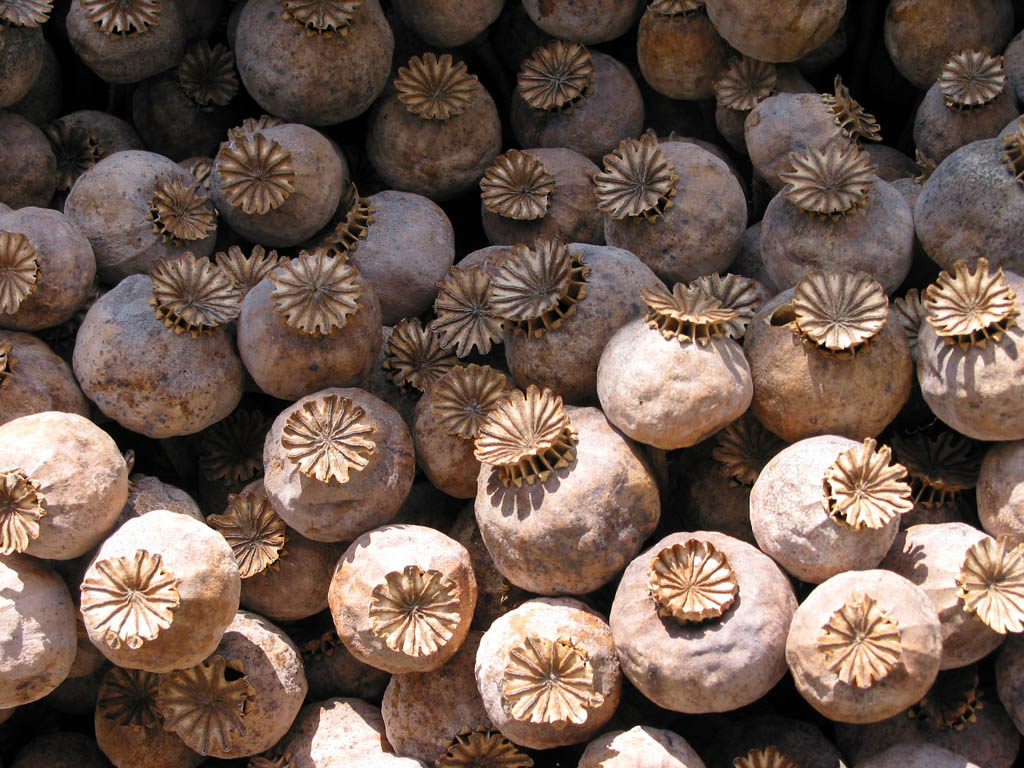 These tiny, blue seed pods dissolve into a milky paste as you chew them. Suck out the juice and spit out the mash. You gain 2d6 temporary hit points and lose half of any pain penalties you are suffering, rounded up. After ten minutes, you drop back down by one temporary hit point each minute. When you have no temporary hit points from the poppies, your pain returns. Every time you eat Poppy Seeds, after the first handful each week, you must make a CON save, DC 12, or become addicted.

The white powder of the Potion of Climbing are poured over hands and feet for a better grip while climbing. The potion takes an action to use and grants advantage on climb and balance checks for 10 minutes.

A Potion of Delusion is a rainbow swirl inside its bottle, but upon touching the air, becomes a thin, clear syrup. It has no taste or smell, but ingesting it forces a CON save, DC 14, or the drinker goes into a fugue. For the next 1d6 minutes, they are easily manipulated, highly suggestible, and have trouble distinguishing reality from their thoughts. They have disadvantage on all INT, WIS, and CHA checks and saves. Once they’ve had a long rest, their memories get sorted out and they will clearly remember everything that happened. Hushed gossip tells of ill-favored heirs receiving Potions of Delusion to be cured of their unfavorable phobias, manias, or other mental illnesses.

This wax-capped thimble holds just a drop of golden wax. Smearing the Potion of Dimunition in your ears and nose almost instantly shrinks you down four size categories. A quick dab on your equipment shrinks it along with you, up to your normal carrying capacity of inanimate objects. The size change lasts for one hour or upon death, then the shrunken creature grows by one size each round up to their normal size. The effect can be undone earlier by rubbing off the wax while breathing in deeply.

Powdered feathers and pixie dust treated for the Potion of Flying must be snorted or rubbed into the gums for it to work, so non-living creatures or xenobiological creatures cannot use it. This potion grants a fly speed of 60 feet with perfect maneuverability and lets the user take a bonus action to move up to their fly speed. A Potion of Flying lasts for four hours. At the end of the duration or while unconscious, the creature floats slowly to the ground.

A standard potion of healing is a vaguely red liquid that restores 2d6+2 hit points when drunk. The source of the red is often likened to a trademark, with some major brewers leaving rose hips, holly, blood, or candied fruit in the vials as a calling card. The gold standard of healing potions, the Perfect Potion of Healing restores the drinker to their full, maximum hit points and hit dice. The wine-red liquid is shot through with small flecks of pearl and gold while its crystal decanter is protected in a specially fitted purple heart-wood case.

Drinking this heady mix of ambrosia and thick wine goes right to your head. You become immune to being frightened, gain 2 temporary hit points per hit die, and add 1d4 to your attack rolls and saving throws.

The Potion of Invisibility appears as an empty vial, until shaking it reveals its weight and a swishing of liquid inside. Downing the invisible liquid from the small glass flask turns you invisible until you attack or take a hostile action. After attacking, the illusion struggles to keep up, distorting light imperfectly to give you a +2 bonus to AC and attack instead of full invisibility. The potion’s effects last for 5 minutes; but for the next few hours, your sweat and body fluids stain, making things appear slightly blurry until washed.