It is all well and good to list ‘false signs’ on my encounter guide, but it does little good if I don’t elaborate what I mean. I try to give my players a brief description of any room or encounter, with the expectation that they can ask for elaboration on any particular part. This lets me seamlessly include semi-suspicious clues. My players can choose investigate to hopefully diagnose a trap or hazard before it becomes an issue, at a cost of some table time and wandering monster rolls. 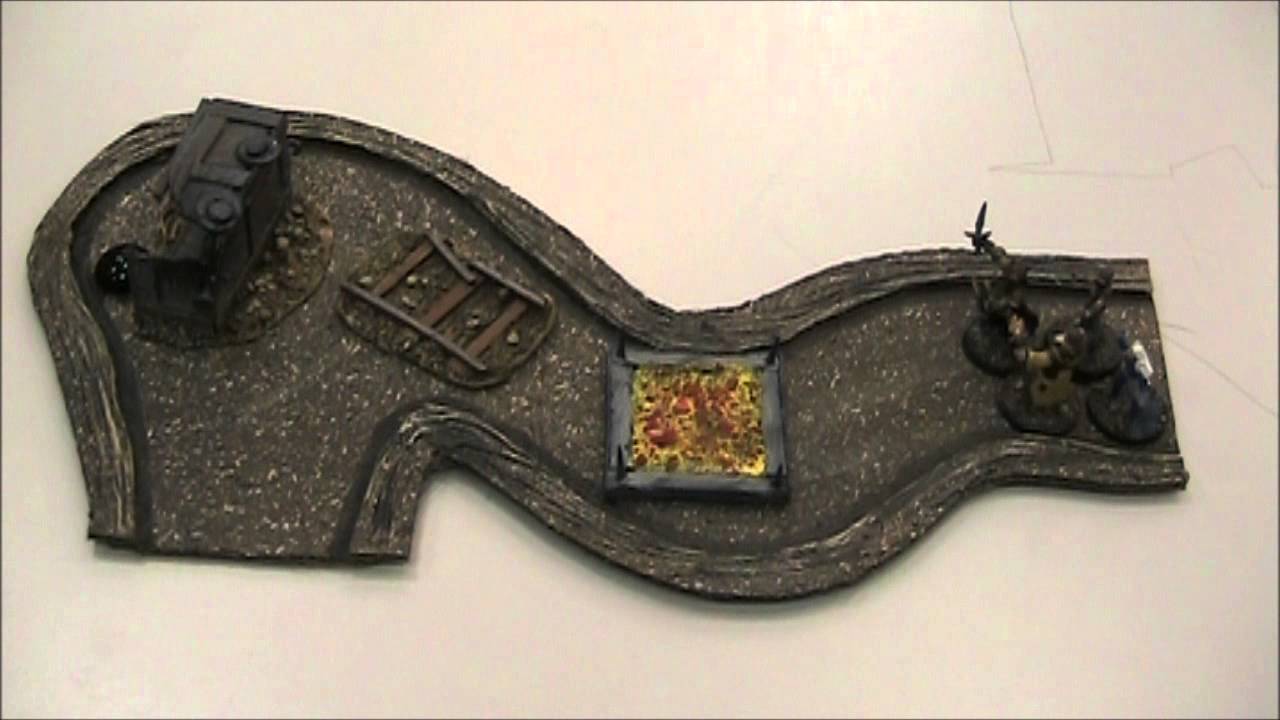 This might seem to make traps too obvious, and it would be, if the only time I gave wierd information was in the presence of a trap. I make sure all of my clues could have benign explanations, requiring player choice to investigate a clue further to discover the true nature of the hint.

How many clues do I give? One seems like it should be enough for clever players, but I treat my trap hints like I treat my mysteries, with a three clue average. Often times, the players are too curious and too impatient to stop and investigate every clue, even with what seem like excessive hints when you’re sitting this side of the DM screen. I like to think of these and keep a growing list of innocuous clues I can toss in to indicate a trap. Below are some examples of short tidbits I can toss in when describing a room that has traps or misleadingly appears trapped.

-There is no way that bush was there before. This could be a recent addition of fake brush to hide a snare trap. It could also be your players being paranoid and not having noticed that bush before, how many times has that sensation happened to you? I’m sure German or Finnish or something has the perfect word for the feeling that something doesn’t belong but was actually there the whole time you just didn’t notice.

-Oil stains on the floor. This could be the slow drip of oiled gears or a leaky flame trap in the ceiling. Maybe someone just spilled their lantern oil or torch pitch when they were here before.

-The stone bricks in the wall don’t line up right. A clever attempt to cover up a part of the wall that swings open. Maybe just a stonemason messing up and getting in a huge fight with the owner about how expensive it would be to fix.

-Dried blood splatter across the floor. A swinging blade must have gotten in a good blow on someone here. Maybe someone didn’t fare too well against the hobgoblins that patrol here.

-Crushed bones scrunched up in the corner. The wall smashed the creature to death and later smashed its bones long after its death. Maybe a ghoul was cracking open the bones for marrow, shoving the spent bones to the side so they don’t get mixed up.

-Audible gear and spring noises of a mechanism inside the wall. Bolts are just waiting to be fired into the room. Maybe it is just a lift working to move decorative statues in the room on the other side.

-A spike juts through a dead corpse with small, regular holes in the floor. This is definitely a floor of spring loaded spikes just waiting to thrust for your soft, fleshy bits. Maybe it is just a broken-off spear sticking through a body in a room built for drainage of slaughtered animals.

-A channel is cut deeply into the floor of the corridor, almost a foot wide. Watch overhead for a boulder to come rolling down to crush you. Maybe it is from the regular movement of large stones when this place was repurposed as a defensive outpost during a war.

-Regular grooves line the hallway’s walls, thin but deep enough to disappear into shadow just inside regular archways. Look out for swinging blades to criss-cross the corridor. Maybe someone was just attempting to do some cool architectural indirect lighting with some hidden candles.

-The walls are definitely colder here and glisten with condensation. Back out slowly or you might get trapped in the room as it fills with water. Maybe it’s just by an underground stream or poor design has left it badly sealed against a draft, causing the humid dungeon air to condense.

-A device is unusally clean at one end of the room. That’s because it is a fake machine with a blade trap sitting just in front of it to get the unwary. Maybe that one is used by the neat freak who keeps it meticulously clean, but who has given up trying to keep the rest fo the lab tidy.

-Trash covers a space just inside the doorway. Someone is trying to cover up a pit trap, distracting invaders who want to tip-toe through the trash. Maybe it is nasty trash so no-one could be bothered to pile trash far into the room and they tossed it through the door from afar.

-A bulky lock juts out of the treasure chest. Definitely has a poison needle in there. Maybe it is an overly complicated lock built by a self-important locksmith overpriced and sold to someone who doesn’t know any better.