This is the second to last of my planned set of disposable magic items, so I am pretty excited to finally finish all my magic items.

Standing alone, this bottle is a yellow tinted glass with a blank label about half full of a clear oil. Whether it is dumb luck or intent, the bottle often ends up in the company of other liquids, oils, and potions. While in such company, Snake Oil takes on the appearance and functionality of the majority of such bottles within 5 ft. If Snake Oil, while hiding, is identified, it will revert to its base form. There it provides +1 preventative bonus against contact poisons and diseases for one hour after rubbing it on skin. A bottle only holds one use.

Pale yellow, cloudy syrup slides along the bottom of a small vial. Milked from poisonous snakes, this venom only works once it is in contact with an open wound. This can be done by splashing it in a cut or applying it to a weapon. The target must make a CON save, DC 13, or suffer 1d4 DEX damage as well as be paralyzed for that many rounds. On a successful save, the victim only takes half the DEX damage and is not paralyzed. Each vial contains four doses.

Exotic snakes were collected, hunted, and farmed to produce a vial of this nasty toxin. A victim that gets it in an open wound must make a DC 15 CON save or take 2d4 DEX damage and be paralyzed for that many rounds. A successful save reduces the damage by half and negates the paralysis. A jar of Greater Snake Venom has four doses.

The snakes of nightmares and cursed wastelands produce this faintly hissing amber liquid. A single vial holds four doses of dangerously harvested toxin. Those struck with the venom must make a DC 16 CON save or take 4d4 DEX damage and be paralyzed for that many rounds. A successful save reduces the DEX damage by half and negates the paralysis.

The container may vary, but they are all marked with precious metal inks. “Soul” is written in many outsider languages across the surface while a faint light sparkles within. A caught soul, usually sourced from someone who sold it in an ill-advised contract, but not always. They make useful currency with extraplanar beings or the powerful magic creatures that deal with them, and are worth full price to such creatures. Unfortunately, they are not equivalent to a fresh soul, but maybe ten might equal a fresh soul. These are ‘used’ and usually undocumented. Credentialed souls or notorious souls could be worth much more, if you can prove who they are. Swallowing the fist sized ball of light wracks your body but gives a +1d10 bonus to each stat, rolled separately, with the bonuses lasting for 24 hours. For each ‘9’ or ‘10’ rolled, you must save or risk taking on a random personality trait from the soul you’ve used. Consuming a soul strips your own soul of its status as totally mortal, locking you out of most afterlives.

Specially bred fleas infest this leaded handkerchief. When given the command of “Feast” in whatever language its creator chose, the Spell Mites will wait for an impact before leaping out en mass. They will infest all creatures within 10’ of where the leaded hankerchief strikes a hard surface and unwinds. The leaded weights on its corners can be treated like a sap or sling stone to be thrown or struck with. Creatures that are infest by Spell Mites are forced to make concentration checks at disadvantage whenever they attempt to cast a spell or maintain concentration on a magical effect. If they fail one of these concentration checks, the mites eat the spell, cancel it, and deal 1 damage per spell level to the caster. They use a variant of Arcane Lock to maintain their hold and are immune to being removed short of a suitable spell or being doused with vinegar or wine. They are immune to magical damage and the owner would have to take 30 physical damage to rip them out or kill them all, due to how deep they are embedded in uncomfortable locations.

Dried pepper powder contained in this red pouch will poof out into a large red cloud on hitting a hard surface. Those in the 30’ cloud at the beginning of their turn, must save, DC 11 CON, or take 1d6 nonlethal damage. Anyone who enters or is within the cloud has disadvantage on perception checks for 1 minute, no save, or until they can pour milk in their eyes and face. A Spice Bomb’s cloud persists for five minutes or until dispersed by a strong wind.

Spider Venom is a liquid resembling spit that performs a similar digestive function in any creature that it gets into. The venom must be applied to an open wound, which is usually accomplished by doping a weapon with one of the four doses in this vial. Spider Venom deals 2d4 poison damage and 1d4 STR damage initially, with a DC 13 CON save for half damage. Each round after, the poison continues to digest their insides, dealing an additional 2d4 poison damage, with a CON save for half damage. If maximum poison damage is rolled, the ongoing poison damage also deals 1 STR damage. After two successful saves against the poison or after five rounds, the venom is neutralized.

This highly potent digestive dissolves muscle and organ once inside a creature’s wounds. It deals 2d6 poison + 2d4 STR damage initially, a DC 15 CON save reducing this damage by half. For the next five rounds Greater Spider Venom deals 2d6 ongoing poison. If doubles are rolled for the ongoing poison damage, the afflicted takes 1 STR damage. After two successful saves, the poison is neutralized. There are four doses of poison in each vial.

The most horrible spider monstrosities from the deep depths and exotic hell-jungles create this poison in their fangs. It deals 3d6 poison damage + 2d4 STR damage initially, a DC 16 CON save reduces it by half. For five rounds, the toxin deals 3d6 ongoing poison damage for 10 rounds. If doubles are rolled among the damage dice, the poison deals 1 STR damage. Once two successful saves are made, the poison is nullified. There are four doses of poison in each vial. 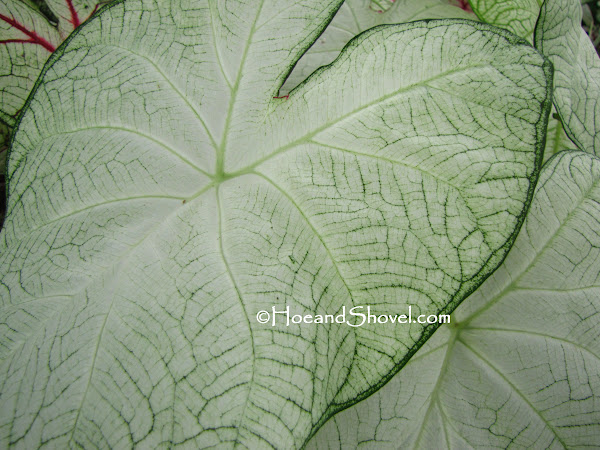 Broad, fuzzy leaves grow close to the ground and are harvested under moonlight. Even after curing, they still have a faint shine, as if they were under a half-moon. Smoking a dose of Spirit Weed allows one to see the recently deceased and be able to say and hear ten words from each spirit before they disappear from the user’s sight. The effect lasts for ten minutes. It has a minor risk of addiction, causing the addicted to become increasingly lethargic and paranoid, which smoking Spirit Weed only partially abates. -2 to initiative and charisma checks while addicted, with the penalties halved while under the influence of Spirit Weed.

This tightly sealed jar holds three, fat beetles. Shake and smash or open the lid for an overpowering stink out to a 15’ radius, a DC 11 CON save or those within the area spend a turn poisoned. Smashing the beetles to a paste makes a more powerful, but non-renewable odor out to 30’. The stronger odor requires a DC 13 CON save or be poisoned for 1d4-1 rounds. The clouds last for 1 minutes and requires these saves each round. A second failure while poisoned increases the duration and makes the afflicted start vomiting uncontrollably, making them stunned for the duration.

Stone Mites are a pack of dorman rockfish, a misnomer that describes the fist-sized silverfish.They appear as a bag of rocks and when the loose net strikes a hard surface, the mites burst out, biting and burrowing into hard flesh or stone. 2d4 mites land on each creature within 5’ of the impact, each one dealing 1 ongoing damage each round until pulled off. To pull Stone Mites off takes an action, a DC 5 DEX or STR check to remove one mite. For every five points the creature beats the DC by, they remove an additional mite. The silverfish’ bites ignore hardness, damage resistance, and the wounds they cause cannot be regenerated or healed until they are removed. Once awoken, they cannot be returned to their rock form, and they will eat until they consume 100 hit points of flesh each, after which they will burrow into the ground and pupate. It is rumored that these are just one stage in among many in the lifecycle of purple worms.

A worn and dinged gold coin with a skull on one side and a cradle on the other. A Styx Coin let’s your soul buy its way back from death by paying off the escort or keeper on the other side. These are not created, but bartered from agents of death, usually as bounties for killing particularly troublesome cheaters of death or by sabotaging efforts to nullify death. Users of these coins needn’t worry about being included in the rolls of death cheaters, their use is pre-destined in their natural lifespan. A Styx Coin must be on its user’s person and attuned to them when they die, else the coin waits for a new user. One day later, the user returns to life at 1 hp, the coin replaced by a simple gold coin. Their body is fully regenerated to working order, if dinged up. If there is no body for them to return to, they become a disembodied, sentient ghost.

Sunflower-yellow, chalky, chewable tablets grant 2d10 temporary hp and causes the chewer to spew a 5’ cone of ‘sunlight’ to pour from their mouth for the next ten minutes. Eating the tablet is equivalent to getting exposed to 24 hours of direct sunlight and also heals statistic damage by 1d4 points. Dissolving a tablet in water turns the water into a 5’ source of daylight for one hour. There are ten tablets in each urn.