In this post, I will be discussing a religiously based group of anarchists. I am loosely basing their morality and faith on Christianity, because that is the religious sect with the most available information and theorists. To make this relevant to D&D, I would approximate this group as followers of a deity based on the sun, healing, goodness, or light. This model could just as easily be taken to apply to different faiths in game by changing up the appearance, themes, and foundational morals to match with the intended god or faiths you want to represent with an anarchistic town.

God is the only being and mind with the authority to command humanity. Holy texts contain many passages about putting none before your god or gods, and it is these passages that provide inspiration for devotees to seek to free themselves from the unjust authority of other men. How they run their society and how they organize to meet their basic mortal needs depends on the laws and commandments within their holy texts. Even judgement of the living must be handed down by god and it is usually not even considered just for a priest to coerce others, but they must rely on citing scripture and convincing others of the righteousness of their commands.

A peaceful religion, whose devotees favored a lack of vengeance, held that their god had granted free will to determine who would obtain a blissful afterlife was in the right place at the right time. In the past, a few successive high leaders of the church had begun denouncing the practices and unjust laws of a weakened republic to cover up their own misdeeds. Emboldened by their leaders new scriptural discoveries, a sect of the religion broke away, citing the same misdeeds by these supposed religious leaders claiming gods will. Their hard-nosed focus on proving their merit and hard work ethic was rewarded in their embracing of an era of colonialism, where they settled on previously uninhabited lands. Away from prying governments, they were finally able to build their city on a hill with their like-minded fellows.

Kind but quiet people keep to themselves and abhor wasting time. Once they get to know an outsider, they will happily discuss a wide breadth of topics while they engage in a productive hobby or craft: often their minds turn to philosophy, business dealings, new discoveries of the world god has created, and their latest productive pursuits. While their hard work ethic has given them many comforts, they do not stockpile wealth except to safeguard against loss, and will freely give to those in need. Idle time is a gift from god that has been impudently refused.

The people here favor sturdy and rustic stonework, carved with holy symbols and motifs. City on a Hill is laid out in a grid pattern, with helpful, hand carved signposts on most corners. Sanitation systems below clean, cobbled roads connect these buildings. Paved town squares, a few massive churches, and a number of public parks work as the town’s gathering places. Things are well cared for, with many people adopting a public area as their hobbies.

Not the laws of men, but the laws of their god are the laws the people follow here. Nonviolence, peace, charity, and similar themes make up the rules of society. They run things different here, as there respect for the final authority of god even extends to human enforcement of god’s laws. Lawbreakers are notified of their sins against god and their fellows, but unrepentant villains will notice the town refuses to associate with them. This intends to encourage compliance with the rules of society or encourage those with differing values to leave. Outsiders that at least avoid blatant rule breaking and who show respect for the religion are welcome, as the townsfolk believe that god encourages evangelism as well as learning about all aspects of creation. Evil, continual sinners of the worst sort will be dealt with as painlessly as can be managed by privately organized groups to prevent further harm to themselves and innocents. Beyond a certain point, most here feel, that inaction in the face of evil is the same as condoning evil, rather than simply letting the individual face god’s judgement without interference.

Honesty and industry are key to the functioning of this town. By each individual taking their free time to organize and work with their community, various functions of public life are maintained. Accumulation of wealth is discouraged here because wealth will not save the soul, but one’s actions can, so it is best to use a surplus to help others. The goods that are sold here to supply the items the town needs are produced with heartfelt craftsmanship and many things are for sale here. Sales proceeds go to pay for resources not available in town but adventurers will have trouble finding gaudy items or weapons of war, save for the occasional item necessary for defense. 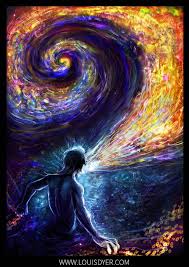