I was messing our on my new, longer commute, and trying out some various accents. Below are ten different ways to modify your voice that should be easy enough for any DM

to do. I also include some situations where they can stand for an entire species of monster or race, or can just be for a special NPC who needs more characterization. Below each section is an mp4 file of me trying out each voice, and most likely making a fool of myself. Enjoy!

EDIT: For some reason the media files don’t show up properly as embedded even though they show up correctly on my “edit post” window. I’m adding a downloadable link to each until I can figure something out. Anyone encounter this problem before?

-Slow and deliberate nasally voice. Slowness and loudness symbolic of power in this slugman or ooze elemental culture, similar to how low booming voices are symbolic in ours. Thunderslug is a slow and ominous ancient predator of these monsters. Alternatively, a self-important but annoying noble or diplomat could use this voice.

“We will not stand for this! Our diplomats are sending out the call for restitution, an unstoppable doom upon your fortunes.”

-Shaking jowels like Richard Nixon for mer-inspired villains. Needed to denote talking underwater and add power to their voices underwaters. This voice, while tough to make long speeches, is perfect for toad folk and fatter lizardfolk trying to speak common. Alternatively, a particularly Nixon-like NPC or unique ethnicity might find this manner of speaking useful.

“Welcome, dear friends, we invite you to stay. It would be dangerous to stay out late, carrying such treasures” -Big Al, “EY TONY” type friendly guy that can insinuate dangerous subtexts. Argumentative and emotive, with lots of gesturing. Think jersey shore italian guy, which could be used for a friendlier demi-human, sub-group of humans, or for a special NPC.

“Ey! How bout you come do some of that hero stuff fo’ me and mine. Got a great lead on some gobos been botherin’ my cousins just a jog north a here”

-Snaps + single words for mystical otherworldly telepaths or orderly beings that impart thoughts directly into your head. They prize brevity and wit, and only under the most stressful situations or emotionally charged will they string more than a few words together, this is basically the equivalent of CAPSLOCK ARGUMENTS. Pragmatism. Resource Exchange. Modrons, inevitables, ordered otherworldly minds. Conversely chaotic telepaths might communicate with bizarre non-sequitors that are tangentially connected to the thoughts they convey.

-Eastern European, accented English for goblins/demi-humans trying to speak common. Drop conjunctions, articles, and mix up adjective/noun/verb order. Depending on the use, this can either be a slimy creep or an endearing foreigner.

‘You going party? Tasty fish buy! Is good deal and most delicious, will pay you if you can guess when catch.” 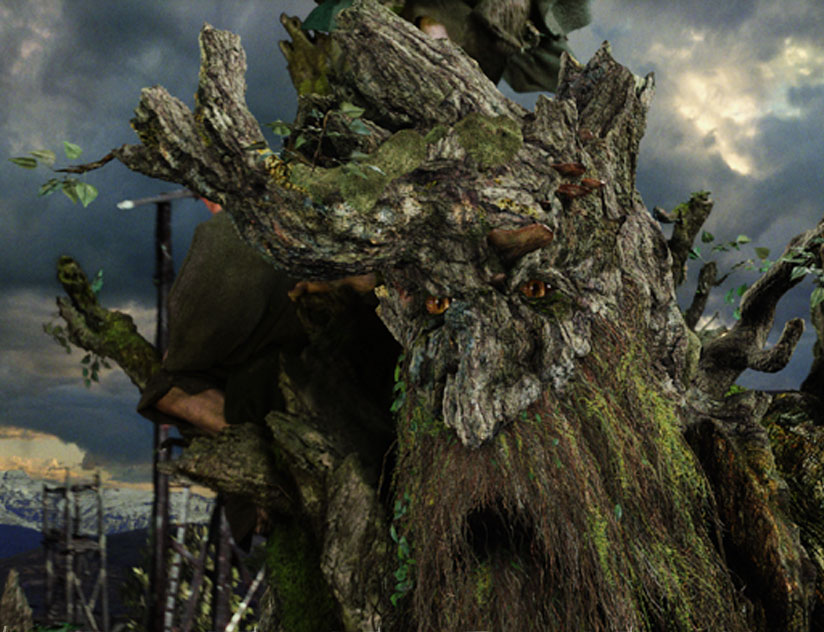 -Slow, booming whisper: Treefolk or other long-minded things with little incentive or physiology for quick speech. Alternatively, an NPC in no particular hurry or relaxed, content older person. This style of speech can convey power, patience, or slow intellect and can be a frustrating time waster for PC’s who will want to angle their questions for shorter responses.

“Rest assured, we take your concerns into consideration but perhaps we could be more motivated if you were to offer a gift. I may have just one such trinket in mind…”

-Asthmatic breaths between words/sentences: this could be for someone who is wounded, unhealthy, or even suffers from some twisted experiment. Alternatively a race that comes from somewhere with better air or adjusting to breathing air would also fit this, they could even adopt it as a diplomatic technique, giving them regular pauses to lengthen their speech to create more time to think and maneuver, this is the Merfolk’s verbal “uhm”. 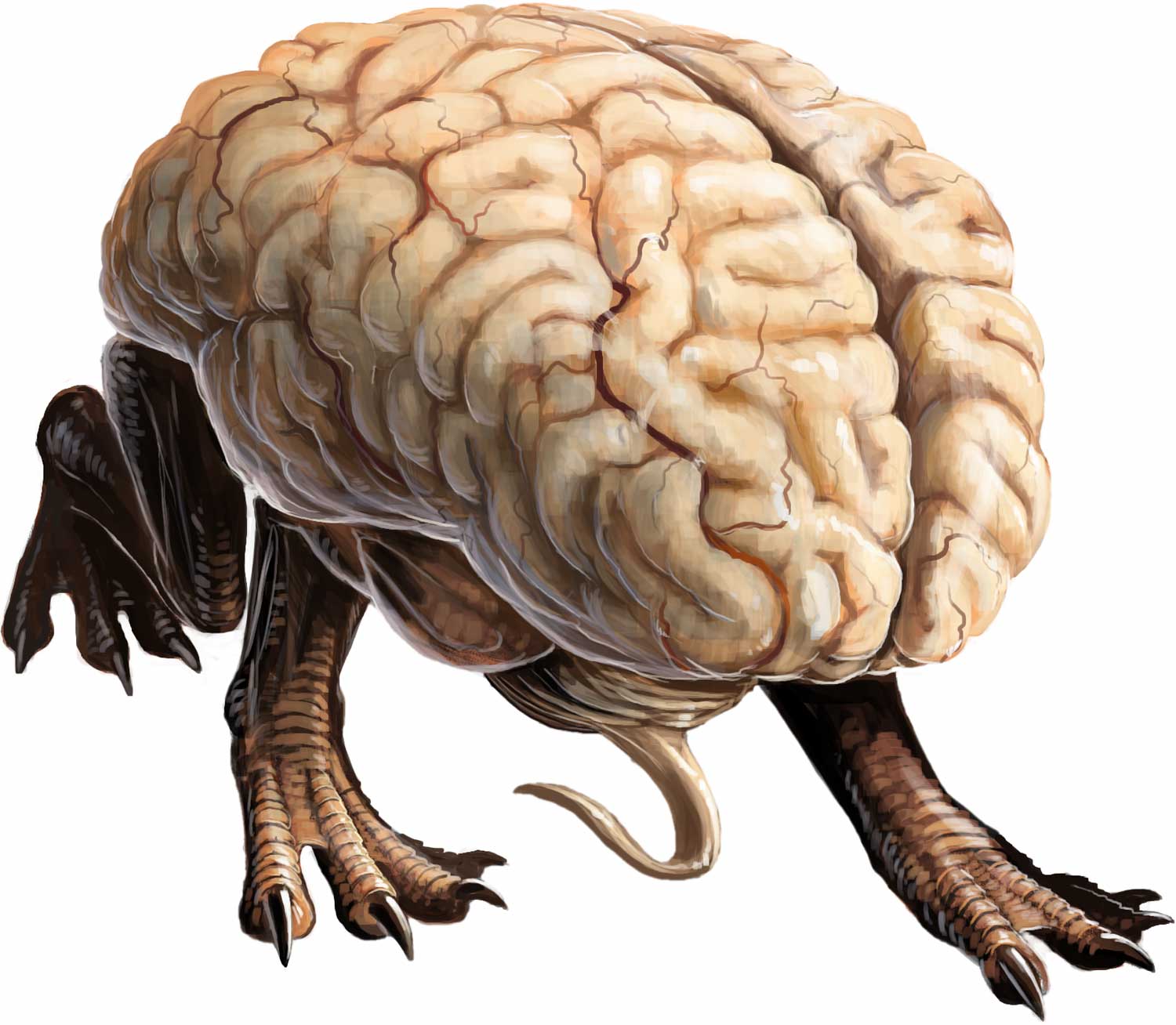 -baby talk: Perhaps a race of animated toys cruelly brought to life with ridiculous accents, or a race of neotenous psychic geniuses lacking the vocal chords required for deeper voices, whatever the case, baby talk will make your players (and yourself) uncomfortable. Save this voice for someone you really want the players to despise, as the creep-factor will generally make this NPC or race a target for immediate extermination. Talk in short, high pitched and upward inflecting sentences, as if you are asking a question with every sentence. Roll your consonants and vowels around into cutesy shortenings of normal words.

“Why hewwo dere widdle wizawd, what bwings you to my lair? I wiw extermimate you wif no mersee unwess you bwing wif you a new toy to pway wiff.” -Talking fast but say nothing at all: Tricksters and vapid magical folk may talk swiftly without actually saying anything at all. All manner of creatures and NPC’s may talk in a way that keeps the players on the diplomatic or social defensive, to keep control the flow of conversation and apply pressure to get someone to slip up. Practice speaking elaborate nonsense phrases (think politicians) in a fast paced manner, with slight pauses and hand motions to accompany the speech. Pepper in the actual content of the conversation the NPC wants, trying to catch players off balance with sudden topic changes or leading questions. Make constant digressions into tangentially related topics. The answer to their questions might not matter, but any answer given may be used to incriminate later and a non-answer allows the speaker to assume the worst, while talking quickly past any objections, twisting the replies into further confirmation of what response the NPC wants. This type of speaking is tough on the DM, requiring them to stay on their verbal feet, and fits well with races, creatures, and NPC’s for whom the social or diplomatic world is king: devils, demigogues, exceptional charlatans, djinn, or the worst sort of merchant.

“For you see we should need, quite clearly, to truly and unequivocally state, for the record mind you, that our collaboration and understanding is sorely needed on a future project of this type, and I should know as I once told an uncle of mine or maybe a cousin about a friend that had suddenly discovered that their silver tableware was chipped. Studying the condition of the items, a stern eye that friend had, he could spot a dust mite across a field, are you a supporter of dwarven craftsmanship, by the by? ”. “Hmmm, I do suppose you seem kind enough that you would accommodate even the worst sorts” “Well, I am certain you have your reasons for dismissing a whole race of craftsmen and women”

-Verbal tics: Add these to bring a nervous, sketchy, or noteworthy NPC to life with a unique talking style. These can even be sprinkled on to the other types of talking mentioned here. Stutter your words, repeated the beginning or ends of words a few times each minute and sometimes in the same sentence. Pause at random points in the sentence, maybe shuffle your hands or shift your eyes nervously, then continue.

“P-please sir, couldn’t you spare a bit bit bit more coin in wages for such a dangerous venture?”