With my new campaign having finished its third session, it looks like it is here to stay. The basic premise of the campaign is that this area of the world is facing a massive upheaval: the northern magical wastes have finally become safe to explore and scour for ancient magical relics and at the same time an evil kingdom that has secluded itself for a long time has finally opened its gates to heroes to help it change its ways. Naturally, the capital city’s many factions are all angling to take advantage of these changes for their own ambitions. In the middle of it all, one of the adventurers gets a mysterious letter from their uncle Marv requesting a meeting on the Line of Fire to discuss an opportunity in the Wastes.

I liked the design of this mini-adventure enough that I am going to redraw this train map and put together a PWYW adventure for it. Keep an eye out for that! Uncle Marv, Lia’s uncle, boarded the fire elemental pulled train at Midden on the way to Goldfield. The four adventurers, Lia, an elven Ranger, Bella, a dark elven Wild Mage, Deadclaw, a dragonborn Cleric, and Vall an elven rogue were joined at the capitol city by about two dozen passengers, a gruff dwarven conductor, halfling engineer, and four well dressed young people. At the same stop that Marv gets on, a number of carnies are boarding with a fair amount of stuff being put in the cargo hold. The notable ones are a green haired woman giving orders, a massive seven foot tall man made of pure muscle, and a rail-thin woman wrapped around his shoulders contorting around him like a snake. Vall, the rogue, hid in cargo car to save on a ticket. Marv mentions that they should retire to the sleeper cars he purchased to discuss the secret opportunities he hinted at in the letter to Lia. Going through his spiel, he regales a story of his past work as a prospector in the wastes and having recently come into possession of a map. He mostly ignored it at the time but now he has given it a lot of attention and spent good money on scholarly advice, so his working theory is that this is a map of the Wailing Mountain’s last travel path before the Calamity that turned the Wastes into a noxious magic deathtrap. A knock on the door when Marv was getting to explaining how his map will lead the party to the Wailing Mountain and a knife is held to his throat by a purple and yellow clothed carnie. The carnie motions to the back of the train as the group shuffles out, exchanges glances. Just as the thug reaches the cargo car door, Vall guts him. Marv gets down to take the knife. The train slows to a stop following a loud thud and screams from the front cars.

Lia, Bella (a holding name for our dark elf sorcerer that has yet to come up with a name for herself), and Deadclaw charge through to the passenger car where more circus thugs are holding passengers hostage. Vall takes the high road, climbing the cargo ladder to the train roof and scales his way around to where he can hang down to throw a knife through the window. He misses but gives the team the distraction they need to barrel into the room and take out the thugs before they can get a grip on any hostage for leverage. The last circus thug, wielding a torch, is so terrified of an arcane and obscenity shouting Bella that he calmly releases the oil in his mouth onto the floor and sits down next to the hostages. Unfortunately, the last wooden bowling pin wielder has time to shout a warning before getting ruined by a combination of Lia’s bow fire and Deadclaw’s axe.

A Battle of Wits

Huge guy and a thin woman move towards the door when hearing the warning. The mountain of a man grins and engages in some verbal jousting with Lia, egging her on that she better be smart if her arrows are going to be so weak. Responding to Lia’s call for a battle of wits, he brandishes one of his fists which has WITS tattooed across four of the knuckles. He hands come down on the sliding wooden door to rip it from its moorings and wield it like a tower shield. Behind him, Thin woman launches a barrage of knives and ends the life of a noblewoman in the sitting car. Under fire, Wits and the Thin Woman retreat to hold out in the dining car while Jem, the green haired woman, finishes up in the engine car. She emerges holding the engineer under one arm before she turns to the fight. Shouting “Pythagoras, Cartesian, Hypotenuse” a triangular barrier of light pops into existence while her two allies fall to thrown daggers, arrows, and magic missiles. Jem glances once down into the sitting car, slides open the train door, and hops out onto two green triangles. Skating away on the incandescent fields of force, she takes three arrows to the back as the train jolts to life and begins accelerating rapidly. The train quickly leaves her and the engineer’s unconscious bodies behind.

No engineer on board and heat that can be felt through the thick metal door leading to the engine car, the group gathers in hushed tones. Bella uses a barrage of frost spells to cool the door while Deadclaw, recovering from a leg wound taken from the Thin Woman’s blades, tosses a water cask to Lia to pour over the hot door. Vall calmly pulls out his tools and sets to work getting the tumblers aligned on the door’s locks. Marv shouts from the back that he has found a well dressed young man in the caboose claiming train expertise, who is worried the train is running too hot and fast.

The young man of the Nostra family walks forward while reading from a leather covered book, rattling off train troubleshooting procedures: checking with the engineer, contacting the conductor, and other overly precise nitpicks. He makes his way to the engine car while mentioning a heat resistant  spare engineer outfit that Lia and Deadclaw dig up from behind the bar in the dining car, finding it only after digging through every other drawer. Luckily, Train Man is a smaller human as he just barely squeezes into the denim overalls and jacket sized for a halfling as the door is ready to open. Popping the lock and swinging the metal frame releases a huge heat wave, sending Train Man and Deadclaw to their knees. The huge fire elemental pulling the train, visible through a metal grate, turns to look. Train Man’s last advice before being knocked unconscious was not to make eye contact and luckily all the conscious people in the dining car avoid doing so. A splash of water from Lia gets the young man on his feet, but not before Lia takes a peek at his train manual. The 7 Habits of Highly Effective People has been slid into a leather cover and the only train related information in the book is a hand-drawn, full-page spread of an engineer’s controls that has been slid into the book. 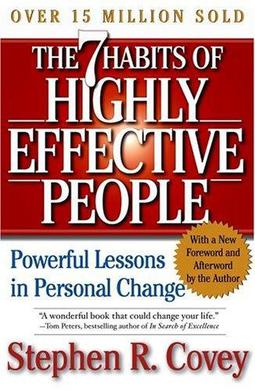 Awake and questioned on his knowledge he flashes the full page spread image to the party and declares that he is heading in to stabilize the binding fields and then pull the lash initiator lever. Lia isn’t sure the young man can take much more abuse, even with the heat resistant clothing, so she offers to go in with him and pull the lever when he is ready. This is just the support the man needs to gather his confidence and barrel in, falling unconscious after completing his task and needing to be dragged out by Lia once she pulls the lever. A lattice of ice begins to form a net and blinders over the fire elemental as the train begins to slow to a stop. Deadclaw, Vall, and Bella take a breather while Lia runs back along the tracks to find the engineer and Jem, but the geometric half-elf is nowhere to be found. Bringing the tiny engineer back to the train, he is more than happy to turn over the train to the young Nostra noble, sitting down behind the bar to pour himself a drink.

Train Man gets the train moving again at a reasonable pace, pulling them in to the first stop at Garton, where a trio of guards join to investigate and watch the stabilized Wits and Thin Woman so they can be brought to Goldfield. The dead thugs and nobles are laid out in the dining car so they can be given a burial at Goldifeld, Garton officials do not want or have the ability to deal with such a thing on short notice. During the ride, Vall takes to searching the circus goers equipment, finding an encrypted note, and interrogating Wits when he comes to. A not so clever ruse of pretending to offer immunity for information is accepted by a still-groggy Wits, getting them a cryptic answer to what the fourth sentence from the decoded note means. “Order a big plate of mussels at the Salt Lake Tavern”. After a few more hours, Train Man gets the train to Goldfield and pulls it to a stop with a relieved sigh. Lia catches him just as he enters the turnstile to exit the train station, asking why he faked his train book. “I was nervous that you wouldn’t take me seriously, you all looked so professional.”