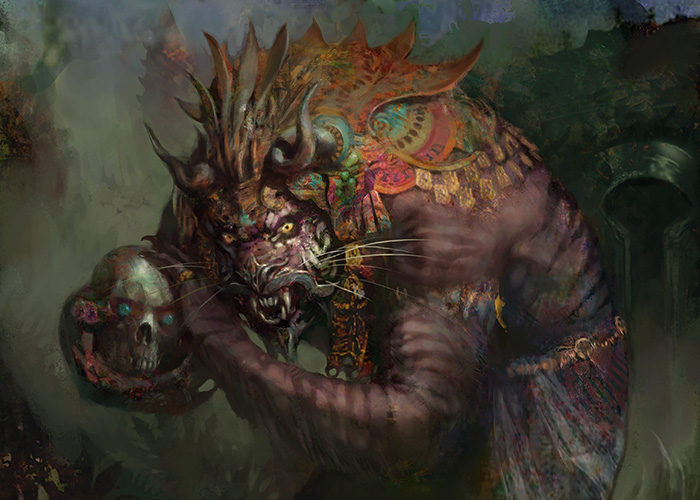 Your iron will and enduring predatory instincts will grind down your enemies into delectable ground meal. Lay out your elaborate machinations like so many spider webs, each node a trap ready to be sprung. Scatter your enemies with magic, disorient them with illusions, and raise their fallen comrades as undead to ensure there are no survivors. Start each engagement in a friendly disguise, luring your opponents into a false sense of security, and pounce when they bare their necks.

F: These walking tin cans will get in the way of your casting and can strike quite hard given half an opportunity, so keep them out of reach. Put up spell barriers, disorient them with ongoing illusions, embed traps into the terrain, and keep your minions on the defensive. Your magical abilities should provide superior mobility and if they become stunned, rip out their throat with your blessed claws. 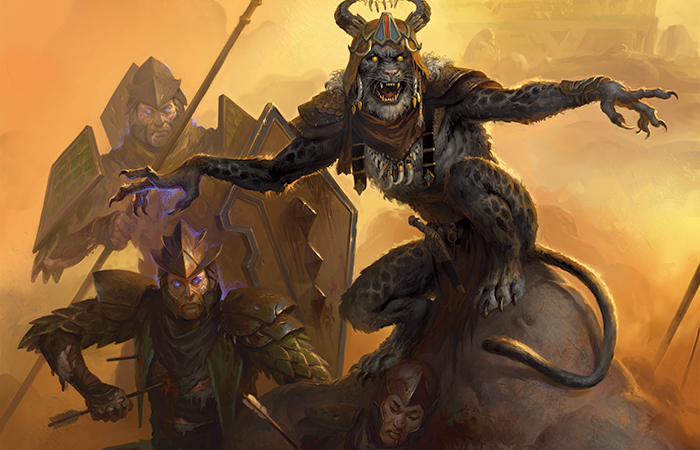 T: Watch the sneaky thieves and make sure your back and flanks are protected. These are children at the game of predator and prey, but even the apex predator must be wary lest they slip in and slip a knife in between your ribs. Observed and prepared for, they can be easily neutered by directly engaging them with a decently tough minion to keep them distracted. Alternatively, they are often weak to illusion and a pretension for discovering traps, even if there are more important targets. Make sure they are never allowed near critical or powerful mechanisms they can disable, destroy, or worse, wield.

R: Keep out of the ranger’s line of sight and pin them down with withering spellfire and minion attacks. Nip their annoying arrows in the bud by forcing them to stay mobile, prevent them from getting the high ground, and engage them in narrow, twisting paths that offer just enough visibility for spell targeting but not for arrow flight. It is the tiger’s place to be the hunter, no arrogant fleshy ape with delusions of grandeur can take that spot.

W: These robed copycats may attempt to wield the arcane arts but will fail in comparison to your innate mastery. Stay wary of their abilities though as their lesser spells could nudge yours off course. Do not allow them free reign to tamper with your magical wards nor to target you with spellfire. Their weak constitutions and combat abilities call for keeping them solitary from their comrades and surrounded by minions. Prowl around the flanks of the battlefield to sink your teeth into the soft flesh of the wizard.

Otherworldly excellence and organization is paired with a deadly instinct for the hunt. As long as you do not lose yourself to bloodlust and hunger, so long as you keep to your meticulous plotting, you shall not fall. Strike from the shadows. Attack and retreat, tearing away pieces of your foes until they collapse under their own weight.

Making these traditions your own will ensure your longevity and many fruitful hunts. Grow your machinations until all the world grinds to dust at your feet, where you can rebuild it in your image.

1 thought on “The Art of Being a Monster: Rakshasa”