Enjoy a four day grouping of hexcrawl encounters you can drop into your game. Check out some previous encounter posts here. I show the results of the roll from my improvisation program before describing the encounter. Even if these encounters aren’t your speed, they can help show how I improvise my encounters from a limited set of keywords. Each “day” is separated by slashes. 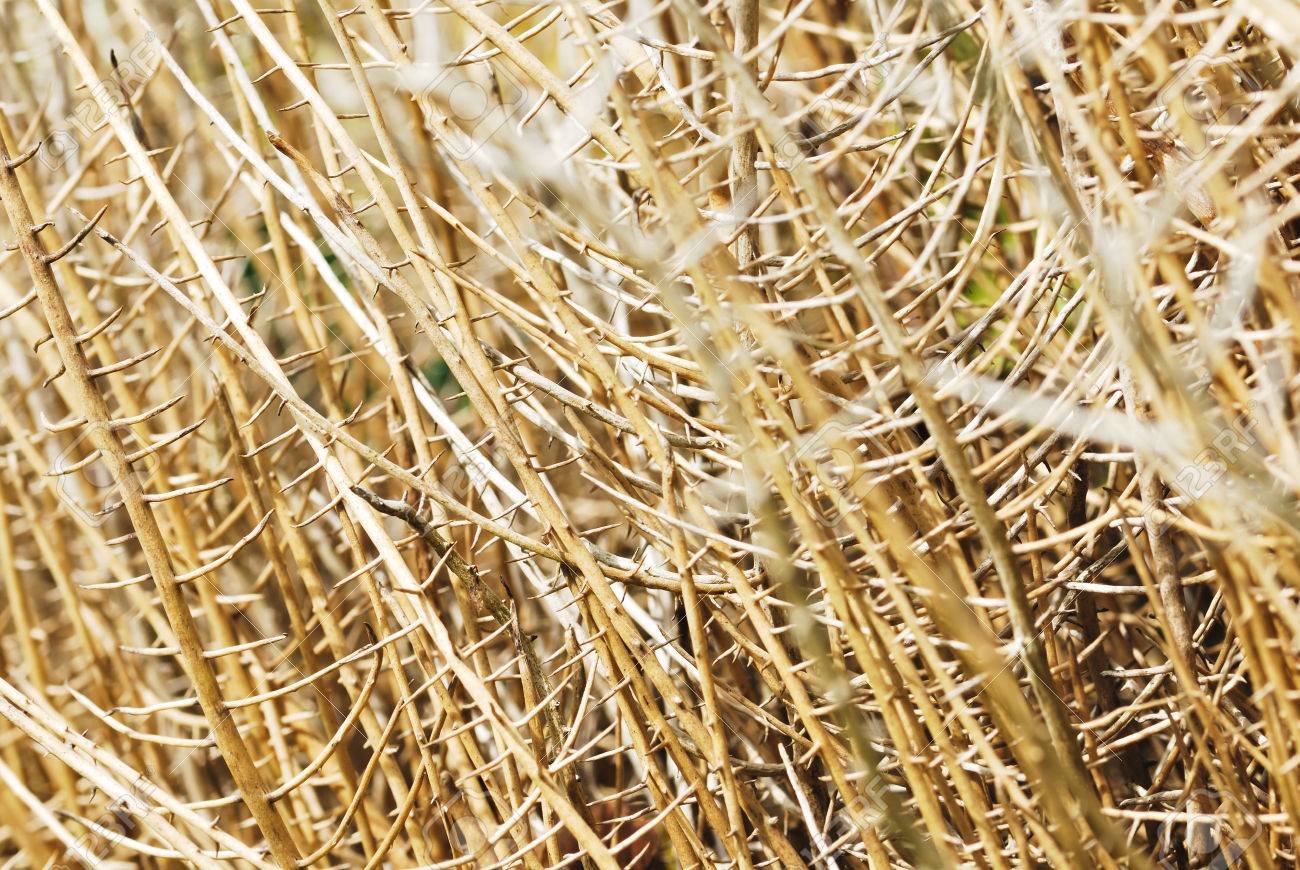 Dry earth and dead plants cover the area ahead, animals are sparse or not present, and a single type of thorny vine grows over everything, yellowed and dying. The dried plant lets out a raspy rattling as the wind blows through. Dry thorns crack underfoot, dealing no damage to those wearing shoes and dealing a small amount of piercing damage to those who walk through without shoes or who search through the vines unprotected.

Between a Rock and a Hard Path

[Monster] The Presence of a Frenzied, Uncommon Monstrosity

As the surroundings grow swampier and more forested, the path the group is following splits into two obvious routes ahead. One bears the tracks of a hoofed beast, with gouges and damage to the tree trunks in that path. The other path grows thicker and a stone hand can be seen peeking out from the thick undergrowth. Further investigation to the first path will reveal large pellets of gravel, Gorgon spoor. Investigation of the second path will uncover smashed humanoid and animal statues with parts missing, hidden behind trees and in bushes.

The first path leads past the lair of a rabid and starving Gorgon, just off the path about 50 ft along in a natural hollow below fallen trees. Its mouth is flecked with spittle, its breathing ragged, and its green eyes bulging with yellowed veins. The beast has its petrifying breath and will fight to the death, though the rabies has closed its throat enough that its exhalations pour out in a 60ft. line instead of a cone. Those exposed to its breath must make an additional save or risk contracting rabies themselves. For an easier encounter, the Gorgon may avoid using its breath weapon due to the pain of exhalation or, for a harder encounter, the Gorgon may cough at the beginning of each of its turns, exposing those within 5 ft. to its breath. If handled carefully, the diseased carcass of the gorgon may be worth something, particularly if dried or cured to cleanse the rabies, though the one preparing the corpse risks exposure to the disease.

The second path is littered with offal and broken statues, the ones with unbroken faces show frightened or surprised expressions. A few bits of treasure can be found unpretrified, and a thorough search of the area will dig up a collection of handheld items and packs that equal a major treasure. These include mundane or magical weapons, tools, equipment kits, and coin purses. Spending the time to search requires an investigation check to determine how quick the group searches, and how many observation checks the rabid gorgon makes. If the gorgon succeeds on any of these checks, it will charge from the undergrowth attack the party in its diseased fury.

Larshal is a small town of a couple hundred humans and a low percentage of various demi-humans. Its notable feature is that it is a town built up on both sides of a ravine. Decades ago, an earthquake split the town, resulting in one side of town becoming the rough-and-tumble half of town dealing in ranching while the other half worked to breed excellent courier horses through husbandry. The forest clearing by both sides of town to make more space for their animals angered a nearby, self-obsessed, short-tempered, fey queen who cursed the town in a prophecy,

“The town shall be split in twain, earth asunder.

When its two heirs shall meet, families clashed.

Their romance discovered,  the town shall wonder.

Not more than three moons after, Larshal then is smashed.”

The main covered bridge across the deep ravine is currently being occupied by fey kidnappers that holds the young heirs of both sides of Larshal, rich and poor. This wooden bridge is built up like a small wooden castle astride the ravine. Kyrial is the fey leader of this effort to force the prophecy early, attempting to hold a wedding of the children, Laramy and Evyla, the children of the rich and poor sides of Larshal, respectively. They hope to be discovered and cause the prophecy to destroy the town. Laramy and Evyla are both only 7 years old.

The players can interfere by fighting the fey, showing them that the prophecy cannot work yet as the children are too young to romance each other yet, or perhaps by beseeching the queen to order the fey home. The fey fight with insect themed weaponry such as magically sharpened insect wing blades, grasshopper leg bows, and beetle shell shields. They will try to ward off interference by referencing the rarity of the insects their weaponry and armor was obtained from. If attacked, they can use sizing magic to grow from their tiny state into human sized opponents. For an easier encounter, they might only be able to grow to the size of a halfling or have fewer fey fighters, while a harder encounter might see more fey fighters or fey that can grow to the size of giants.

To mollify the queen, it is necessary that the players do at least two of the following: flatter her beauty, reach some sort of treaty limiting the wood-clearing of Larshal, explain how trying to force prophecies usually backfires, or bribe her with rare insects.

Left on their own, the marriage ceremony will happen, and the scared children will be released, eventually, although not before an ill-fated raid on the fey queen ends with the death of many dozens of the townsfolk. The town will spend the next three months in panic, many fleeing the town, fearing the prophecy. When nothing happens, the town will breath a sigh of relief and get back to business, except that Laramy and Evyla have become fast friends…

If the fey plot is stopped, the two families of Laramy and Evyla will reward the players with either highly bred, quality livestock for riding and beasts of burden, or simply reward them with coin. They become folk heroes in the town, earning discounts and easy business on both sides of the ravine.

In the future, when Laramy and Evyla fall in love, the fey prophecy will turn out to be correct. The town will discover that the two did indeed fall in love, but when another earthquake happens three months following their elopement, the town is smashed back together, closing the ravine and bringing the two sides together.

If the players try to take other bridges to cross the ravine, they will discover that they have been hexxed to slow the time of those crossing them, adding hours of travel time to cross what seems a short foot-bridge.

Thick thorns cover a wide space with headstones interspersed. A single, circular foundation is all that remains. The vines are haunted to restrain those that stand around too long. Hints to the presence of the vines lie in the lack of animals, the faint sounds of taut rope, and horizontal wear on the headstones. Once grabbed, holy water or radiant damage dispels the haunting spirits enough for the vines to fall away. Otherwise, it takes struggling and hours to escape. Thick leaves obscure the eyes, and by the time you get free, the sun is lower in the sky.

[Monster] The Lair of a Indifferent, Uncommon Chaotic outsider

An area of cliffs and bluffs forms a thick maze ahead. Turning a few corners, the players come upon a peaceful clutch of slaad. The chaotic group is nestled in between the tight rock formations, leaving the area appearing as if it was recently swept up in a tornado. Large eggs are shoved in all sorts of nooks and crannies, while the large extraplanar toads shuffle around each other to dig at the rock. Some occasionally stop to pick up an interesting crystal, others pull out worms from the slightly muddy ground underfoot, and others carve nonsense into the rocks. It will take some dexterous movement to avoid stepping on anyone’s toes or eggs. Careful, but time-consuming movement is enough to avoid the eggs, but rushing through will require dexterity checks. Breaking one egg or stepping on one Slaad’s toes will only earn a swift rebuke, but doing so a third time will cause the party to be violently attacked with escalating waves of Slaad until the party leaves the “settlement”.

Unfortunately, when the players are most of the way through the settlement, they come upon a small group of Slaad looking for a friendly spar. They will only fight to half health with their claws, purposefully not using their venomous, egg-infesting bites. While the Slaad can be careless, often stepping on eggs in the cramped quarters, the players cannot be similarly careless, as breaking eggs during the fight will still result in violence from other Slaad. For an easier fight, the DM can decrease the Slaad brawlers’ numbers or how reckless the players have to move before triggering a dexterity check for the eggs. A harder fight can be made by increasing the number of Slaad or increasing the number of actions that trigger a dexterity check for the eggs.

A dry plains area is marred by trenches, stone walls, blast marks, crumbling earthen hands, and thorny/muddy swatches. The remains of a magical, pitched battle wait to be eroded by the passage of time. These can either be a battle from long-ago, that is historically relevant to the campaign, or a recent battle marking an important change in the peace of the surrounding area.

This month’s haul might seem like a smaller hoard, but make no mistake, this was an excellent month. The wooden chest holds a handful of real metal coins, a larger coin on a chain (Pirates of the Caribbean look-alike?), gold painted “nuggets”, and plastic diamonds. The props are on theme to come with the massive hardcover Razor Coast pathfinder book. This book could function perfectly as a campaign add-on for higher level players, like an expansion pack for your game. The villains, locations, and overarching problems facing the pirate-themed Razor Coast are well designed to allow tons of ways to play without leaving the requiring the DM to redesign things themselves. Just like all Pathfinder products, the art is fantastic and the layout is well done.