Underworld denizens, fight in the dark. Prepare your caves with passages, traps, and trained monstrosities. Take advantage of natural hazards, flora, and fauna, always ensuring that you yourself are protected. Insist on unique poisons to weaken foes before a final assault or to trip them up with at key times. The right poison can make foes easy to capture for sale or information. Every invader and opponent is just an untapped resource ready to be salvaged.

F: Darkness and terrain are your allies. The fighter needs solid ground and space for footwork and fighting. Hit and run enemies mixed with traps and patience will whittle them down, only striking when they let down their guard, or exhausting them by making them keep it up. Then a killing blow will finish things off.

T: Let their paranoia run rampant, avoid clearing away old carcasses, trap parts, or poison containers. Only use poisonous beasts, or traps against them if you yourself are immune to their effects, lest they turn them against you. Target them last for ambush, after separating them from allies, when their perceptiveness cannot protect them from direct assault.

R: The ranger, properly outfitted, is the most dangerous opponent for you to face. Confuse their tracking with false trails and remotely released beasts. Poison otherwise edible flora or fauna to confuse their nature affinity and scavenging. Ambush using hidden tunnels and fortifications to counter their skill with a bow and cut them down. Avoid long stretches of open cavern with direct sight lines where possible.

W: Ambush tactics and spiders leaping from the dark will ensure the wizard has nothing to target before they are disposed of. Force them to expend their energies overcoming natural hazards like wandering beasts, dangerous flora, mundane darkness, and cavern dangers. Poisons are highly effective against these constitutionally challenged individuals, and if nothing else, will force them to waste arcane energies countering the dangerous compounds.

The Underworld and its network of hazardous and toxic caverns require keen intellect, devious cunning, and meticulous planning just to survive. To thrive, one must stop fighting the threats of this dark world and become one with its power. Its blackened rock and cold efficiency shall strengthen you like a crucible, something the weak surface invaders will never match, even with the boundless resources at their fingertips.

Keep on hand a means to readily counteract the bright sources of light adventurers will routinely bring into the dark, or cast into your eyes to blind you.

Do not call up monsters that you cannot put down.

Assume that your fellow inhabitants of the dark can be bribed or cajoled into betraying you. Prepare a sob-story about the mistreatment you suffer at the hands of your fellow inhabitants of the underdark and be overjoyed at the prospect of “rescue” should being captured instead of killed be an option when you lose.

Ensure that you keep abreast of surface technology and tactics, do not simply rely on the rumor mill.

Fabricate an expensive yet feasible “vice” or desire for surface luxury goods that you can be bribed with to provide cunning and knowledgeable opponents a cheaper means to bypass you than by fighting you.

Build up trade deals and caravan routes with the surface, trading easy materials found below for easy materials harvested above for an advantage over underworld purists.

Design an emergency route to retreat to the surface from the underworld or the reverse.

Do not dabble in slavery of any kind, surface adventurer’s are drawn to slavers like moths to a flame, and your fellow underworld dwellers have resources and kin to rescue them.

If you have access to sufficiently large underworld caverns, invest in unusual surface technologies like flight and sailing, something both surface invaders and underworld inhabitants will not expect.

Hide your secrets and traps above, surface dwellers hardly ever think to look up.

Do not rely on darkness or obscurity for a hiding place. Light is cheap and anyone dangerous enough to be a threat is intelligent enough to gather information on you.

Maintain a professional and cordial relationship with any nearby families or matrons near you, but not so much that you owe or are owed favors that might tie your fate to theirs.

Work hard to bring sources of light and surface style agriculture to your caves, but ensure that you don’t bring along invasive pests as well.

Your lair should have redundant interlocking seals that allow any infestation, invasion, or breach to be sealed off to grant you time to prepare or flee. Any sealable space should have secret supplies that you can access as well as a means to escape the lockdown.

Mix run of the mill surface toxins in with your exotic underworld toxins to ensure that surface dwellers prepared to counteract underworld poisons are underprepared and countering the wrong toxic agents.

Lace the air of your lair with a subtle poison that clouds the mind, heightens paranoia, or reduces the ability of invaders to see. Confused invaders will blame such things on overactive imaginations and psychosomatic effects of the underworld while being secretly weakened.

Place several controllable beast’s, servants, or magical effects that can be activated remotely to create auditory and visual distractions. The overwhelming silence and pervasive fear of the dark serve to accentuate the power of this style of misdirection.

No domesticated, trained, or captured beast you have, of underworld origins or otherwise, shall ever be mistreated or kept starved in the normal course of events. Such things will not hesitate to eat their former master if given the opportunity.

Defend against intelligent predators lurking in the underworld by striking at their weaknesses. For psychically inclined predators, keep the equivalent of a constant shriek around your lair with entities or magic constructs that broadcast screeching psychic thoughts. For the mining-inclined, trap the surrounding caverns and pockets within the rock with dangerous magics or explosives that can be triggered by proximity or by command to bring down your foes tunnels down on them. For the poison inclined, make sure to retain constructs that are constitutionally immune to such attacks, but cloak them in the appearance of life so your enemies poisons are wasted. 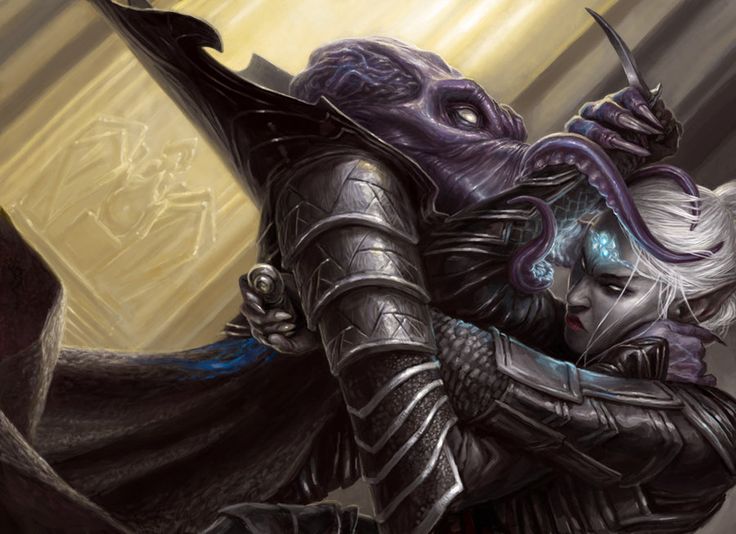 By internalizing the cruel lessons of the Underworld and maintaining a ruthless efficiency, your goals will be within your grasp. The contingencies you’ve built, the poisons you’ve refined, and the monsters you’ve leashed will make the boundless resources of the surface appear as worthless ash with what you conquer.

Help support this blog by sharing this with your fellow GM’s, players, or rpg adjacent friends. If you want to help cover hosting costs, check out my dmsguild products, commission me on fiverr, or donate on paypal, see the links above.