I am going through and editing a whole slew of items to put them together into a Pay What You Want pdf over at dmsguild. At the same time, I want to include some new items to go along with the updated old ones. Here’s an A-Z list of 26 item outlines, maybe you can get some inspiration!

Ankh of Overcast Skies: Attuned wearer will have the weather in a good area around them made more pleasant.

Blinders of the Jealous Mare: Improves the charge attack and speed of a mount wearing these, but the attuned owner of the mount will suffer if they ride other mounts or their mount is ridden by others.

Cunning Veil: Bridal veil that boosts the wearer’s insight and perception, while making it difficult to read the wearer’s face while down. Can shapeshift to other headwear and styles.

Delver’s Sling: A hammock with anchors at either end that can be attached to any surface. Holds up to five hundred pounds. Up to ten minutes each day, the anchors can be set to “attach” to a point in the open air.

Exhumer’s Shovel: A dirt moving tool, shift up to 10 cubic ft. of earth ten times each day, that can act as a focus for earth spells to increase the volume of those spells by 25% while allowing them to do much finer detail work.

Firebark Fleas: Magical fleas dormant inside treated bark that when fed to a fire, will infest the fire. Those within the light of the fire will take damage from the heat, exhaust more quickly, and the fire will consume fuel twice as fast. Can be recollected if they are dug out from the fire before it goes out.

Gentle Wind Horseshoes: A set of horseshoes that will provide a gentle breeze behind the wearer while they move. Can be attached to vehicles as well.

Heroes Bread: A stiff bread that can be used as a great club, soaked in water for a moldable substance that will dry hard, and can be eaten while soft. Four rations worth, but each ration eaten reduces the damage die size and adds temporary hit points equal to a roll of the damage die.

Intrigue Earring: Can be called on three times each day to ask a question relating to social gossip, rumor, or scandal that, which will cause the earring to whisper in the attuned wearer’s ear. The one or two sentence statement can be confirmed or refined with an insight check. Only secrets told to someone else or possible to be learned can be spoken by the earring.

Jinxtail: This bladed and barbed whip will inflict minor penalties of luck to the attacked creature. Once per day, it can be called to weave itself around the target, leaving behind a barbed leather “vine” that will inflict ongoing bad luck and damage.

Knightsquire: An animated set of light armor with the ability to store, for the wearer of its attuned ring, up to three weapons, three shields, a suit of armor, a single mount, and a pack of miscellaneous items that a creature with strength 15 could carry. These items are stored in an extra dimensional space that the Knightsquire themselves can be sent to and summoned from with a command of the ring. The Knightsquire in combat can wield any martial weapon and shield, but will only use its actions to support the ring owner’s actions, at the ring wielder’s command, acting as their squire.

Lockslime: A metallic, hollow wand containing a dull grey slime. Squeezing one end of the wand will force the goo out the other end, where it will push apart the lock mechanisms or machine parts. This will loudly disable any lock or machine, leaving highly visible evidence of tampering when the goo is withdrawn. A new Lockslime can destroy a lock or machine with a DC of 25 or less, with each use of the Lockslime decreasing the DC it can affect by 1 as it loses effectiveness.

Mordek’s Meerkats: A bronze whistle calls these shimmering rodent, a family of 2d4+1 tiny creatures. Their insubstantial forms will “burrow” to create a network of tunnels that they patrol and spaces they will pop out of to keep watch, in a schedule and placement chosen by the whistler. Their tunnel network must have at least one hole per meerkat, up to three holes per meerkat, and no more than 120 ft. between holes. They can move 40 ft per round in their tunnels and have a good perception skill. 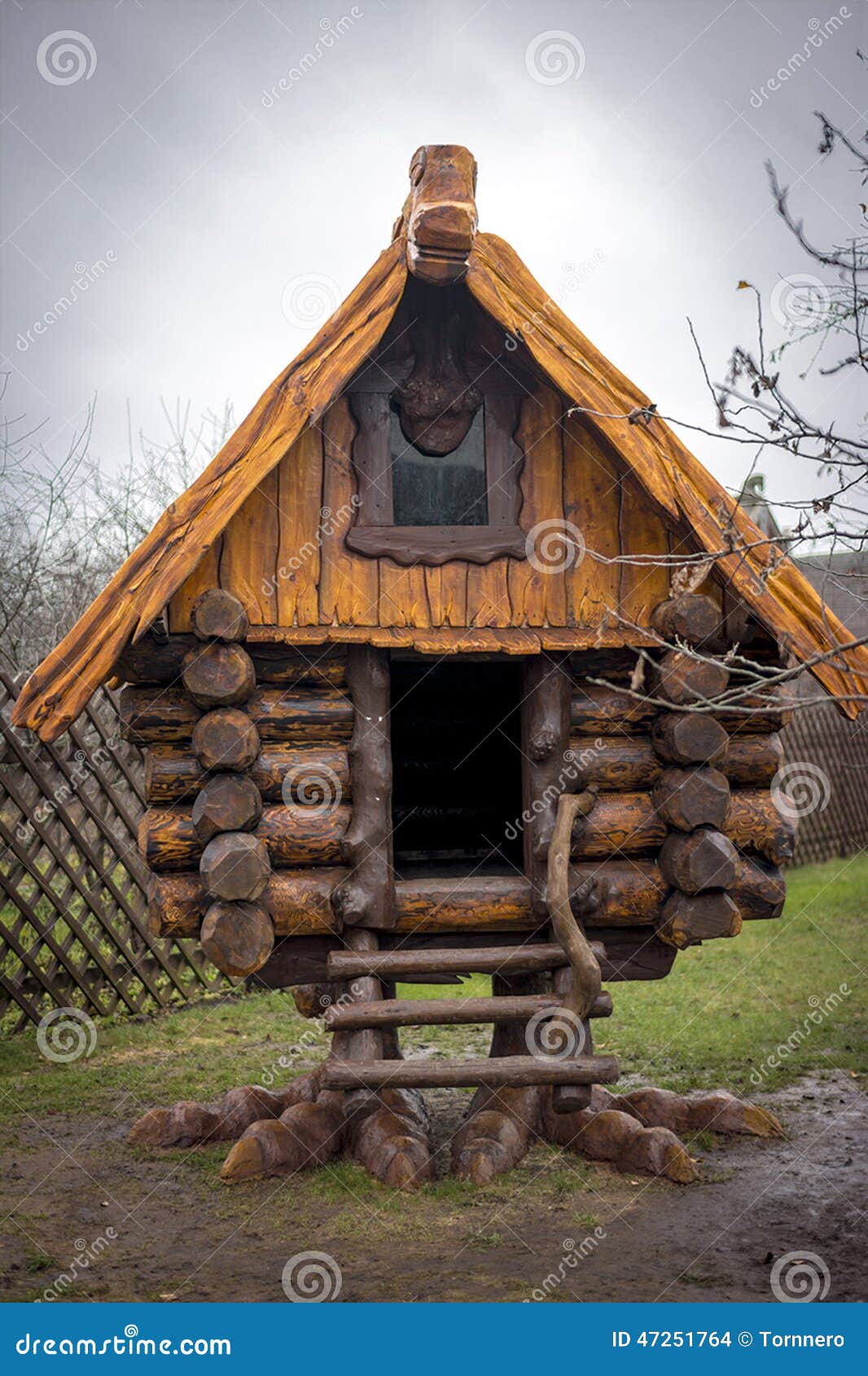 Nest Mother: This small hen-house, when fed with spell energy, cantrips powering it for 10 minutes and higher level spells powering it for an hour per spell level, will septuple the speed at which eggs, larvae, or other immature forms of non-sapient creatures will grow to maturity. Additionally, they will grow much healthier, rolling their hit points or other variable factors of maturing with advantage. Unpowered, the Nest Mother will merely double the speed of maturity and provide no other bonuses.

Obscured: This grey shade of a weapon is impossible for anything short of a true-seeing effect to distinguish as a short sword. It is hard for sentient creatures to remember or notice, providing advantage on bluff checks to disguise it, hide it, or feint with it. Creatures not attacked with the weapon in the last few minutes must make a Wisdom save, DC 10, or forget about it. The attuned wielder is partially immune to its effects but must make a Wisdom save, DC 10, to draw Obscured.

Pricktooth: A hollowed out wyverntooth and venom-sack that has been enchanted to be able to suck venom out of an afflicted creature or poisonous creature, filling it with that venom. If multiple venoms are available, the Pricktooth takes one at random. It can be later used to stab with poison like a dagger, or dispense into a vial for storage. Poisons only last for 1d4 days after being dispensed from the tooth.

Quilspur: A massive writing quill that can be wielded like a dagger or athame. Its magical bonus also applies to spells cast using it as an implement. Casting a touch spell through the Quilspur while stabbing with it has a 50% chance of tattooing the affected creature with a spell scroll of the spell on their skin. The spell’s ink will fade over a week from a living creature’s skin and the ink will become impotent after 24 hours on dead skin. Creature’s cannot hold more spell levels on their skin than they have HD.

Tripwire: This magical net is bristling with electricity that will shock for 1d6 damage all creatures touching it or in its space, except for an attuned wearer. When thrown, the net can entangle creatures in a ten foot radius. The net floats just off the floor, creating difficult terrain for that ten foot radius as well.

Unburnt Ash: Sprinkling this pearly white powder over a burnt object, up to 20 lbs per dose, will rapidly unburn the object while the power corrodes into a fine ash.

Verdant Pike: Setting this pike against a charge causes ghostly vegetation to sprout up around the wielder, allowing the wielder to make up to two additional attacks of opportunity against charges, although no more than one attack against a single target. In place with vegetation, the pike may be stamped down three times per day to cast Spike Growth centered on the wielder.

Windlass: This steel scimitar is surrounded by a sheathe of wind. Upon making an attack while sheathed in wind, the Windlass makes a single attack roll to deal half damage to up to one target adjacent on either side of the target. Thrice per day, the wind-sheathe may be expended to deal half damage instead across a 15 ft cone, with a Dexterity save equal to a separate attack roll. Once expended, the wind-sheathe will not return until the weapon scores a kill or performs a swords-dance routine during a short rest. The wind-sheathe allows the wielder to make a ranged attack up to 30 ft. for half damage.

Xeenoz’s Striders: The left boot is stylized as an ancient soldier helm and the right is a stylized tortoise. To creatures designated by a free action, a 20 ft radius around the wearer is considered difficult terrain to those attempting to toward the wearer. Ranged attacks by those outside the aura are considered to be twice as far. A 10 ft. radius around the wearer is counted as incredibly difficult terrain, costing four times as much to move towards the wearer. Twice per day, the wearer can, as a move action, teleport halfway, rounded down, of the way towards a creature within sight.

Yesterwine: Drinking this wine sourced from grapes grown during temporal paradox events will cause the drinker to resume their state of being from earlier. One cup reverts them one day, two for a month, three for a year, four for a decade, and five or more for half their lifespan. After an hour, the effects of Yesterwine quickly fade, snapping them back to their present form, requiring a Constitution save for each cup drunk, or else the backlash will cause permanent damage.