So I’ve been playing slay the spire a crazy amount these last couple weeks and thinking about the mechanics and what I’d do for a third character have led me to think how I might translate some of my favorite card combinations into D&D magic items. Energy usage per turn, the main cost in Slay the Spire, might be equated to consuming character abilities and a character’s action economy.

If you aren’t familiar with the game, it is a rogue-like deck-building game where each run starts with a basic deck that is improved, added to, thinned out, and customized over three floors each ended with one of three bosses. Currently there are two characters, one based around a demonic-influenced fighter and the other a poison laced rogue. They both have three or four “builds” within their respective available cards that can each mix and match for a whole swath of different viable strategies which all have their own trade-offs versus the various bosses, mini-bosses, and enemies throughout the spire. 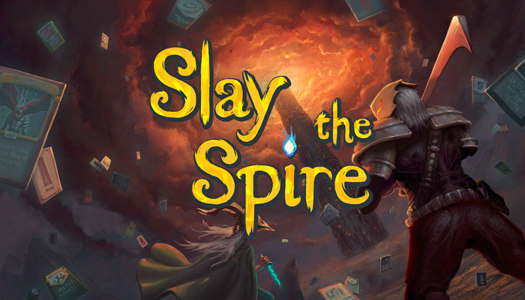 These rely on effectively single-use cards that remove themselves from your deck for the rest of the battle. Exhaust could be modeled to any ability that is expended in each combat, so most D&D abilities count this way, which isn’t interesting. What if we key them to disposable items like scrolls, single-use blessings, or other consumables?

Dead Branch: This dark brown, burned husk of a branch is a piece of the World-Tree. When its attuned holder consumes a potion, casts a magic scroll, or other one-time use item, a random scroll of level (1d4-1) *exploding* appears in an empty hand.

Strange Spoon: Single use items and consumables the player uses have a chance to reform in an empty hand in 1d6 rounds, ready to be used again.

Ashes of Charon: When the attuned holder of these ashes consumes a limited use magic item completely, a wave of ash bursts out from them in a 15ft. Radius, dealing 2d6 fire damage, with a Dexterity save DC 13, reducing that damage by half.

Grit: The wearer of this belt may consume a limited use item, blessing, or magic item in order to gain +5 AC until the end of their next turn.

Exhume: This ethereal bladed gauntlet can be slipped on the hand and reached into the astral plane to retrieve one consumable item, blessing, or magic item used within the last 5 minutes by the wielder. Upon retrieving the consumed target, the Exhume gauntlet turns to dust.

One way to think about these abilities is that drawing a new card opens up new possibilities while discarding removes possibilities. Possibilities can be any limited use ability that grants the players multiple options that is limited once they make the choice, like a played card would be in Slay the Spire.

Tingsha: When the wielder loses an ability where they choose amongst multiple choices, such as selecting a spell from among known spells, or loses one option from amongst the known options, a random enemy within 30 ft. is targeted by a magical bolt of energy. This deals 1d4+1 damage.

Bag of Preparation: The wielder, upon reaching into this bag, chooses two options of a class feature that they do not currently know but are available to them. They gain the knowledge of how to use these class abilities, then must choose two class feature abilities they know to forgot. The known and forgotten abilities last for 1d6 rounds before reverting to the base abilities the attuned wielder knew before using the bag.

Bandages: When the user wraps these bandages around their body, they become attuned so long as they continue to wear them. When the wearer loses knowledge of a class ability or option within a class ability, they gain +3 armor class until the end of their next turn.

Ring of Acrobatics: Once each battle, the wielder can spin this ring around their finger and with a backflip, gain access to three class abilities, spells, or options of active abilities that they have would have available to them, then they must choose to lose knowledge of one of their class ability options. These changes last until the end of the battle.