I have a few ideas for my One Page Dungeon entry this year and they are rattling around in the old noggin. Let me know what you think of them as I translate them from my head to the internet. A short tomb or double-cave in, like where a new crack in the earth opens a new way in and the aftershocks close it after a short while. (Really that could just be the suggested way in, but it could be an open ended add-on so long as the party ends up in the tomb here, trapped due to their greed to gather the treasure here).  The room they start in has lots of treasure, things from expendable scrolls, to gold-laden statues, and piles of valuable. However, they have to use the treasure they have and the tools inside the tomb to work their way out in reverse, when all the puzzles are normally built to keep tomb-raiders out but allow the knowledgeable faithful to maneuver their way in.  The idea will be to have creative or difficult solutions possible for each of the puzzles while the easier solution will be to expend the treasure from the start, reducing their total haul. They might bribe a tough but greedy golden golem instead of risk the dangerous fight (or baiting it into a trap with a combination of the two), they might expend some of the magical scrolls to stop a dangerous hallway trap rather than take the damage themselves to protect the treasure, or even have to leave the heavy statues behind to trigger pressure plates rather than solve the complex puzzle of moving blocks. The overarching theme is, they’ve already got the loot, but how do they keep it? A resting place for monsters, but not like people with different hats but actually monstrous/alien creatures in a specially designed relaxation palace. I am thinking it would be like spirited away but weirder and more hostile, but not intentionally, just that the comfortable and relaxing environments for alien physiologies are inherently hostile to humans and demi-humans.  Examples of various rooms could be  a cleaning room where natural regenerators or symbiotic colony based monsters calmly pull each other to pieces, and assume the players are there to engage in the same, a room where “waste” is piled up, including things that humans but not monsters would find valuable like lots of treasure, but anyone trying to take stuff out is treated like a dog taking scraps out of the trash or dragging them around the house, or perhaps a room of bone constructs being tended to or upgraded, assuming the skeletons inside the players are there for a tune-up. 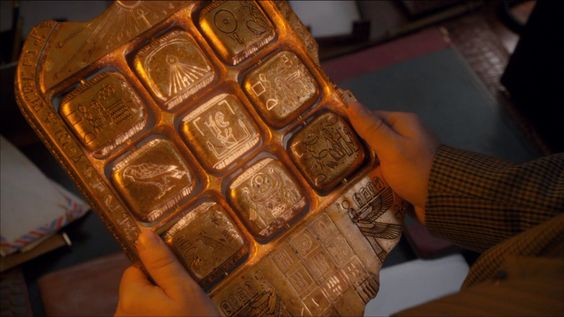 The players find themselves outside a maze or wizard tower or something. They are given a pad and a limited number of words that can be arranged on it, the adventurers make the rules here. They have to be careful though, the words affect the whole place. “Everything is heavy” might make everything hard to move but pin down flighty problems, “rocks are soft” might make it easy to dig around problems, land easier from fall, but also to get mired down in the softened stone. It could also be limited, maybe damaged slightly when they find it, thus it has a limited number of words. I could even make it a harder variant where some words have duplicates but each time a word is used it has a chance to be consumed/broken. Otherwise, it would be a tough dungeon with some puzzles, monsters, and treasures.

As it stands, I think I’m leaning towards the Monster Inn for being able to most easily fit in a single page format, but I want to keep the other two rattling around to see what comes of them. You can see the rules for the 2018 Contest here and a list of the current submissions (although the actual dungeons are not advertised there until the judging is complete).