When most spell components in the game are there for flavor or gating spells behind arbitrary pay walls, it is no surprise that players and DM’s forget or “forget” about them all the time. Flipping the script to make spell components provide flavor and bonuses turns them into a tool that clever players can collect and DM’s can use as rewards. To that end, here are a host of spell components that your players can add to their spells for special bonuses. 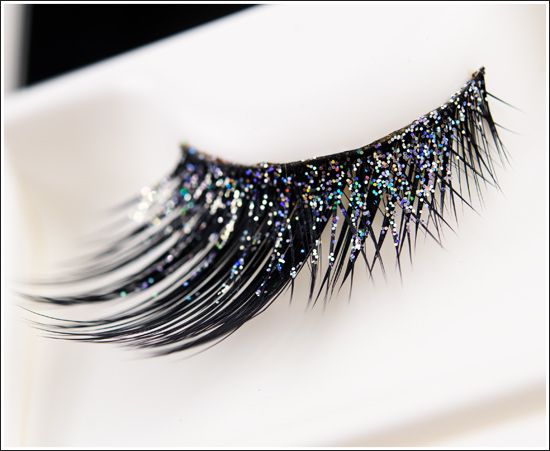 Arch-fey Eyelashes: Two types, willing given or found abandoned, they allow willing glamour to be more real, forcibly taken or stolen unawares, they make illusions deal real harm. Only a rightful owner can give or abandon them. They weaken the opposite effects though.

Bilgewater of the Damned: Water taken from a styxian barge or flying dutchman. Water based spells that cover a creature cause it to start drowning twice as quickly.

Dungeonia: Effervescent scents taken from deep tombs or crypts. Spells attempting to influence, bind, or control monsters cause their targets to roll damage with disadvantage on their next attack against the caster, even if the spell fails.

Emperors Bone Chip: Marketing has disguised the fact that these bone chips are made from any decrepit corpse of a former ruler that can be found and sold. They provide a variable bonus, thanks to the lack of corpse quality control, to the additional number of creatures, 2d4-1, that can be influenced by a commanding spell. The caster gains advantage on charisma checks against those bonus targets for the duration of the spell.

Feldspar: Shaped into one of various geometric shapes, this piece of feldspar can be consumed during the casting of an earth or stone spell to allow the user finer control of their spell. They can recreate the form of the feldspar in their earth or stone works, with a minimum face width or diameter of half their smallest increment the spell allows them to create. They may do this as many times as will fit, without overlap, in their spells area of effect. This provides no extra structural strength or weakness, but may provide circumstantial bonuses or defenses.

Grains of Paradise: Retrieved from the flowers of herbs grown in various afterlives, these citrusy and pungent spices can be mixed with any scent based spell to provide reprieve from the effects on up to 3 targets within sight during casting.

Halo Infused Holy Water: A thimble of this blessed liquid that has been in contact with an angel’s willingly given halo can empower healing spells. Targets of a healing spell cast consuming this water also heal 1 hit point per spell level to all creatures within 5 ft.

Implosive Vial: A quartz glass vial with all air removed from within aids in the casting of flight spells. At any point during a flight spell or wind spell, the caster may crush this vial to cause a minor thunderclap of the air as a bonus action, dealing 1d4 damage per spell level to all creatures within 20 ft of the effect and pulling them 10 ft. closer if they fail a strength save.

Jellied Bone: Treated bone has been made soft and spongy, then squeezed into a tiny vial. Consumed as the focus of a spell summoning or targetting the undead, the undead affected gain a minor regeneration of 1 hit point per HD each minute, although they also lose any resistance to slashing or piercing damage.

Knitted Tongues: A small cord of crow tongues can be consumed as part of a spell dealing with languages or speech. If the spell grants a bonus to language or grants additional languages, it also grants that bonus to animal handling for one type of animals chosen during casting or grants the ability to speak with one type of animal. If the spell penalizes or removes a language, it applies that penalty to interactions with animals or removes the ability to speak to a type of animal chosen during casting.

Learned Wurms: Bookworms harvested from old spellbooks can have divination spells cast through them. Whatever the caster learns using the divination spell is copied into the worm. If the worm is eaten before a dozen durations equal to the original casting time of the spell pass, the eater gains the information as well. It can be cooked or seasoned first, provided it is eaten quickly after doing so as the information dies within a half hour of the wurm’s death.

Mundane Pigments: These powders are sifted from the ashes of the corpses of particularly boring individuals. The watery grey ink can be applied to any defensive or armoring spell, causing the spell’s effects to appear muted or hard to notice. The effects appear much weaker, smaller, and duller, dropping the apparent spell level by four, although the actual effects remain the same. This may cause weaker enchantments to appear completely ordinary or make the wielder appear unaided by magic. Any extraordinary, heroic, villainous, or flashy act in public will cause some Mundane Pigments to flake away reducing the effectiveness by one spell level.

Ochre Powder: Spells altering metals and electricity spells striking metals cause the metal surface of those objects to oxidize. They become worn and tarnished as if they had gone a year in unfavorable conditions without upkeep, imposing up to a -2 penalty on rolls using them until they are serviced. Well made items suffer a lesser penalty while magic or superior items suffer only aesthetic harm.

Predator Tooth: A large fang dyed red-brown with blood from the carnivorous heart of its former host provides benefits to summoners when snapped during casting. Animals, their derivatives, or nature inspired creatures summoned using this component gain a once per day ability to enter a rage, granting +2 STR, 1 temporary HP per HD, and advantage on attack rolls. The will also move to attack whichever creature is closest to them if no better targets exist. This lasts for 1 minute and they will trigger it either on command of their summoner or if they are brought to below half health by an attack.

Quill Dust: Used quills from magical inscribing, when no longer useful can be recycled into this shiny grey powder. When used as part of a spell that reveals hidden creatures, spells, objects, or the like, the quill dust will outline and describe the targets so that the revelation is not limited to just the caster. This effect lasts for only 1 round but the text that assemblies on the surface or near the revealed target writes out what the caster intuitively learns from their spell.

Riddle Wick: A waxy substance made from the tallow of otherworldly or divine creatures, burning this small candle when casting a radiant or psychic spell causes the target to deal 1/10th of the damage of its attacks or spells, per spell level of the radiant or psychic spell, to a random available target possibly including themselves. This effect lasts for a number of rounds equal to the number of damage dice or until they make a save as a move action to clear their thoughts.

Sutured Rose: A dainty and neat set of lace stitching holds this magically preserved rose closed. Cutting open the stichting as part of a healing spell will allow the healing spell to restore hit points to a creature that has deceased within the last round, even if their corpse was raised to undeath, possibly restoring them to life if the healing is greater than the damage they received that killed them.

Unguent of Bitters: Distilled sour vinegars and citrus peels can be dumped onto the hands of a caster performing a poison or necromantic spell. Creatures that take damage from the spell suffer disadvantage on perception checks related to taste or smell as well as reroll their initiatives. If this reroll, suffering a penalty equal to the number of dice of damage dealt, is lower than their current initiative order slot, their initiative is lowered to just below the next creature in order as they flinch.

Viscous Slime: When this dormant chunk of green slime is used as part of a mobility reducing spell, the targets of the spell become contagious. The first creature they touch or come in contact with another valid target during the duration of the spell become afflicted by the mobility reducing effect. This reduces the remaining duration on the creature by half while the original remaining duration is transferred to the new target. The spell’s effects can be spread a number of times equal to the spell level.

Wyvern Spinal Fluid: Sprinkling this clear liquid over oneself when casting a memory or thought changing spell will allow the caster to create a backup copy of the original memory being modified. This is stored inside a tiny, invisible pustule just behind the ear of the target or targets. The pustule is unnoticeable to anyone but the caster, unless they are using a detection spell of a higher level than the original spell. Lancing the pustule will return the original memory, allowing the target to choose which to keep and which to discard.

Xylem Verdant: A special loop of corded tree fibers can be untied to empower an plant-based spell. Non-sapient plants created or effected by the spell can be made more or less tolerant to drought or water shortfalls, either extending their lifespan by 50% or decreasing it by the same amount after the spell ends.

Yawn of a Lich: The rare, tired exhalation of a recently revived lich, harvested before their mind adapts to a body that no longer tires nor breathes, is a useful reagent in any reviving, resurrecting, or raising spell cast on the dead. Targets returned to life or turned into undead gain a single-use spell of a level equal to half the spell level, rounded up, of the original spell cast to reverse their death. The spell they gain is a random spell of the same school that revived, cloned, reincarnated, or raised them. If they lack the relevant ability score, they use the original caster’s relevant ability score minus two.

Ziggurat Gravel: Rocks tumbled and sanded to be round, the handful of small stones can be tossed lightly into the air during the casting of a spell with an empowering aura or area of effect. The caster chooses one skill and creatures affected by the empowering effect of the spell also gain a bonus to skill rolls of the chosen type equal to one quarter of the spell level, rounded up. That skill bonus does not stack with other bonuses the spell provides.