My players like mini-games and things that present new challenges (or more likely, opportunities to game my ill-thought-out systems), so I like to include them as ways to abstract things that the rules either don’t cover or aren’t satisfactory in the fun department.

What makes for a mini-game is that the players understand the basic rules and themes of the situation while also being able to make choices using those things. If they are making blind choices, or even ones where they have only narrative to work with, then they aren’t within the scope of a mini-game. This can work for some situations but it does not work to shake things up, because it is just more DM dice rolling and rulings. If they have rules to work with but no choices, then it isn’t a mini-game but just long-form mechanic digression. This also works for some situations but also does not shake things up in the game.

An example I’ve used recently is settlement building. The players had come to a point where they had recently made a portion of a magical wasteland (formerly the capital of a ancient kingdom) relatively safe and they wanted to move their allies away from brewing conflict elsewhere. So, in the interest of giving them useful choices without bogging them down in minutiae, I created a page of questions, each of which had three pre-generated answers along with their abstracted costs or benefits. Questions such as allowing the formians to set up a stable portal to their homeworld, paying off the goblin vampire clan’s tribute demands, or how they intend to integrate the current inhabitants with their new settlers. The answers all had thematic elements like denying the portal, accepting their full tribute demands, or compromising to incorporate elements of both the old and new settlers. Each one has an effect on wealth, growth, stability, and legitimacy, allowing the players to get what they want out of the settlement. Wealth bonuses give them more money they can draw from the settlement, or reinvest, while its penalties lower their return. Growth changes the rate at which the settlement builds while stability represents its internal crime, corruption, and unrest that could cascade into causing other problems. Finally, legitimacy is a measure of their settlement’s political respect with other nations. To kick things off, I can go through a few of these to get them started, giving me a thematic direction that their settlement is building in, while allowing the game session to quickly move onto other active adventuring. Occasionally, I can offer up a new question to keep their settlement relevant without distracting from the door-kicking. If they ever want to micromanage, they’re free to do so, and they can even accrue some special benefits for their town. 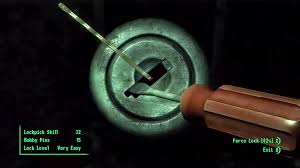 So where do abstractions and mini-games work?

–They work best with simple rules that mirror those of the game they are set in. If you use attack rolls or skill checks in the main game, your mini-game should use something similar. Breaking too far outside your base ruleset breaks the suspension of disbelief and risks your mini-game detaching emotionally from the main game.

–Do not use them to replace something that is already an enjoyable part of the game session. Your players built up expectations of being able to use the game mechanics in a certain way to have fun, and taking that away can feel unfair or meaningless in that it invalidates their player-character’s growth or investment. At the same time, why mess with something that works? Changing away from a part of the game that is fun, like tactical combat in favor of a mini-game representing that combat as a game of poker, is a risk with little upside and plenty of downside. That isn’t to say there is no upside or that the upside versus downside is the same for all players, however, but be careful in what you abstract into a mini-game.

–Avoid hidden consequences for actions in the mini-game. It might seem overprotective to clairvoyantly tell the players the likely outcomes of their actions in a mini-game, but it isn’t if you want buy-in and understanding. No matter how experienced, your players are new at the exact limitations and benefits of your proposed mini-game, and will be much more comfortable trying out all the options if they know they won’t be screwed over by game-knowledge limitations. If you’re abstracting the local bladder-ball game, it is safe to say that their characters in the real world would understand the likely consequences of their strategies, even if the player controlling them is uncertain about what hand and foot card melds they should play.

–Take your lumps when the players inevitably discover some loophole or overpowered combination in your mini-game. Assuming they haven’t gained godhood, let them have their win as compensation and then solicit their advice on how to make a more balanced mini-game. If you really think about it, them finding that loophole means they were mentally invested in your “puzzle” so to speak and found a solution you didn’t think of. The next mini-game will see them that much more engaged to see if they can pull out another “cheat”, even if it is really just the intended solution built into the system.

–Go in to the design of your game with a purpose in mind. Are you trying to speed up a tedious part of the game, highlight a particularly fraught battle, make the chaos of large simulations manageable, modify the game to be more fun, or cover something not in the rules? Keep this purpose in mind when you look at the complexity of your sub-game, its style, and how difficult it is for your players to pick up. Generally, if you cannot fit your entire ruleset on half a page or less, it is too complex (maybe 1-2 pages if your reworking a gamerule of significant length). What sort of agency do your players have? How can or should their existing character abilities interact with these rules? What makes this fun or worthwhile for the players? Why would I, as the DM, want to use this instead of the rules as written? How can I double the amount of style and theme built into each mechanic, description, or result?