Thinking on elementals to make my emotional elementals got me thinking, what about the essential natures of other categories of things? Is there an elemental of wealth? Experience? What about other various important areas of adventuring and civilization?

Most people can imagine what powers and dangers could be presented by a raw element given form and intelligence. Mundane fire and water are plenty dangerous already to peasants and nobility alike. Even the earth and air hold the lives of sailors and mineworkers in a precarious position.

Take things a step further to compound elementals and they get fuzzier. Is a lightning elemental just a walking lightning bolt or is it the widespread static electricity built up in the surroundings? How can salt elementals be more dangerous than the rocks they are made up of? In direct combat, they function very similarly to their baser cousins, but many are ignorant to the secondary effects they command over the world around them. Electricity build up can unexpected “stickiness” in objects or corrosion between connected metals. Salt can ruin fields for generations or turn groundwater brackish. Movement of mud or sand can put stone foundations on a ticking clock. Ice can ruin stored food and porous materials that will only be found out after a thaw.

In a rough way, the more removed an elemental from the prime energies of the universe, the more obscure the harm they can cause. So what happens to elementals that combine and change past secondary, past tertiary, all the way down to complex elementals mimicking civilized concepts themselves?

Gold Elemental: Earth or Fire elementals that spends too long around trade centers and treasure.

Tomes Elemental: Fire or Air elemental exposed to too much text, justice, and philosophy

Sand Elemental: Air or Water elemental kept restful too long, or in service to hospitals, or astral/psychic wielders

Feast Elemental: Water or Earth elemental kept in service to one community for generations or primarily tasked to crops

Steel Elemental: Fire or Earth elemental turned to war or battle for too long, especially in direct combat

These unusual elementals have gone native. They represent wide swathes of ideas in physical form: wealth or commerce; knowledge or law; dreams or rest; community or relationships; entropy or death; unknown or risk; invention or cleverness; battle or conquest. Over time, they take up the trappings of civilization and reshape themselves, not always willingly or intentionally.

Each of them relies on the embodiment of their nature to grow and heal, while an opposite ideal is toxic. At the same time, they take advantage of their opponents’ connection with their concept as metaphysical high ground from which to fight more effectively. A clever adventurer should take care to hunt these wayward elementals with as little of their conceptual territory as possible.

In the next posts, I will put numbers to the theoretical abilities these unusual elementals may have. 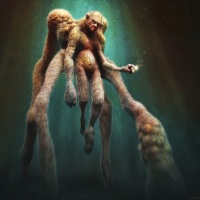