31 To the Manor Born By Stephen Thompson / Laidback DM

Hmm, maybe you shouldn’t send your guards named fickle and brittle to investigate the spooky manor? Regardless, the players are left to solve and banish the culprit of the spooky house disappearances, assuming they can survive the lethal (for the intended level) traps. For how widespread and dangerous the traps are for first level characters, I would have expected more telegraphing of the traps or monster attacks so they could at least try to dodge them. That also makes it less feels bad when they die to the 1d6 damage traps that can easily incapacitate 1st level characters. Especially since most of them hit the whole group. I would have liked more evidence collection or ghost hunting, as the players mostly just have to find the ghost in the bedroom and he tells them what happened and how to stop it.

An undead fetch quest initiated by a powerful but clearly lazy lich at the point of a staff. I would have liked a little more reason the lich couldn’t do this himself (or summon minions to do it). An alternative would be to highlight his laziness or run this as a quest given by a patron that doesn’t really have much for the party to do and is trying to give them busywork. I appreciated the random encounter with nothing happening. Random encounter tables with non-damaging entries make me more likely to remember to roll on the table, since they present great opportunities to give more environmental detail or ramp up the descriptions.

This entry represents an interesting twist on the heist, where the players are not only trying to get away with lots of loot, but they are also trying to smash a great deal of the treasure as well. The elemental effects of destroying magical goods is fun, but I would like there to be a readily identifiable way for the players at a glance to start to put the facts together so they can intentionally use those effects. I also would have liked to see some kind of bonus from their employer based on how spectacular of a destructive show they put on, maybe something like 10% of the value of the greatest single round of destruction they cause?

Hargrave’s grave holds a mysterious item of power that he built and took with him into death. Some simple traps and straight-forward fights await the players if they can do the excavating to remove the large steel walls in their way. Altogether, the fights are a bit lackluster, with no distinguishing details or abilities, the encounter with the ghost only presents one solution with no clues that would lead players to pursue that as a line of dialogue, and there is no treasure to be found here. There isn’t much to make this a dungeon worth running.

35 The Tomb of General By Lorogas Eric C.

Lizardmen have taken this tomb and intend to raise an old evil warlord to lead them. Two simple fights and a couple traps are all that hold back the players from stopping the ritual. There isn’t much information given about how the ritual is happening or anyway to stop it outside of simply killing the priest. As we say in magic the gathering though, player removal is the most versatile removal (defeating a player also defeats any threatening spells/creatures they might have in play). I would have liked to see maybe a turn tracker with more undead or undead abilities returning to the final boss in the crypt with every turn spent, maybe with some additional side rooms and treasures that might tempt the players to waste time. That would only work though if the players know why the lizardfolk are here and intend to stop them, so some hints in the first camp to confirm the rumors would fit well here too.

Randomized hexcrawl tomb that pops up randomly to tempt and ultimately kill adventurers or the greedy. Every room has a trap and a foe, so this entry really functions as a hexagonal version of the Cube 1997 horror movie. The downsides here are that there are no patterns or tricks the players can even attempt to use to trigger the traps or navigate the place, everything is entirely random. That could perhaps work for some groups, but I find them lackluster and boring, with no ability to weave a narrative or even know how long the dungeon will take to run. The players could literally find the treasure and final boss in the first room or hundreds of rooms later. The note about treasure types doesn’t make any sense as there are no types A-F in the entry that I could find. Randomly generated dungeons are better in theory or in a setting where computers can handle them in the background than in reality.

Simple entry about a crashed submarine in a desert. The story seems a little chaotic with various undead factions of sailors, broken machinery, and weird (if somewhat non-valuable) treasures. The valuables here are in the weaponry of the broken sub, but that depends entirely on a DM wanting to allow or fit in high technology to their campaigns, as the entry assumes a mix of fantasy/magic with old relics of technology. I would have liked to see some clues or hints somewhere about the hidden treasure that seems to hold a great deal of the total value possible to retrieve.

38 Free the Demon Slaves By Linden

The aesthetics of this demon-run slave mine are on point, but the map doesn’t really flow well from the random encounters, descriptors, and room contents. The listed encounters are evocative of a cruel and evil mine that players might plumb to put an end to, but with them being without a map key or specific setup, they lose a bit of their punch. The players could encounter the final boss first or find details in an order that doesn’t make sense.

Stuck in the city during a great siege, players must contribute to the fighting if they want to survive. The missions around the city are varied and descriptive, with plenty of opportunities for player creativity as the missions are very goal oriented. They provide a suggested solution, but most offer other options to succeed. Tracking progress for the overall siege is fun, with enough length to feel suspenseful without so much as to drag on.

40 A Royal Game of Ur By Kaya Kurdak

An entry with lots of flavor and what I assume are mythological references, but with so little devoted to each individual room, the dungeon would be very hard to run. Many entities here want players to flatter them or earn their trust, but no information is given as to how the players might do that or what preferences the creatures have. It would be much better to have empty or simpler rooms (simple fights, traps, etc.) to leave more space to give hints and descriptions of the personalities of these creatures to allow for better roleplaying. Having so many of these roleplaying rooms also makes them boring and tedious rather than a rare, exciting treat. Given how important it is to be able to escape, I would have expected more details about how the players win the game at the end or to have their behavior in the rooms before matter to that outcome. 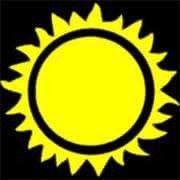 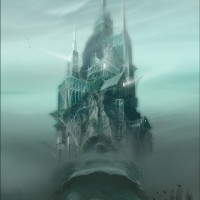 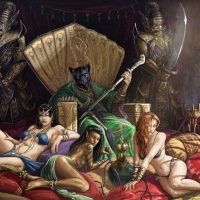 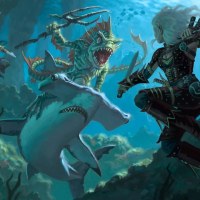 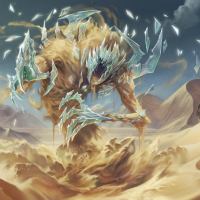 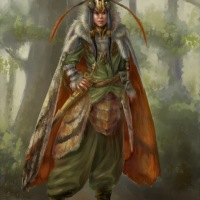 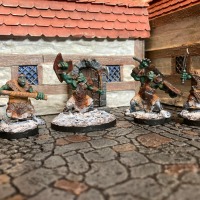