Today’s post includes four more days of hexcrawl encounters, with statistics and system-neutral descriptions, that you can drop into your game with minimal preparations. You can see previous encounters here. I used my improvisation program, Improvisr, to generate the inspiration for these encounters. Enjoy! 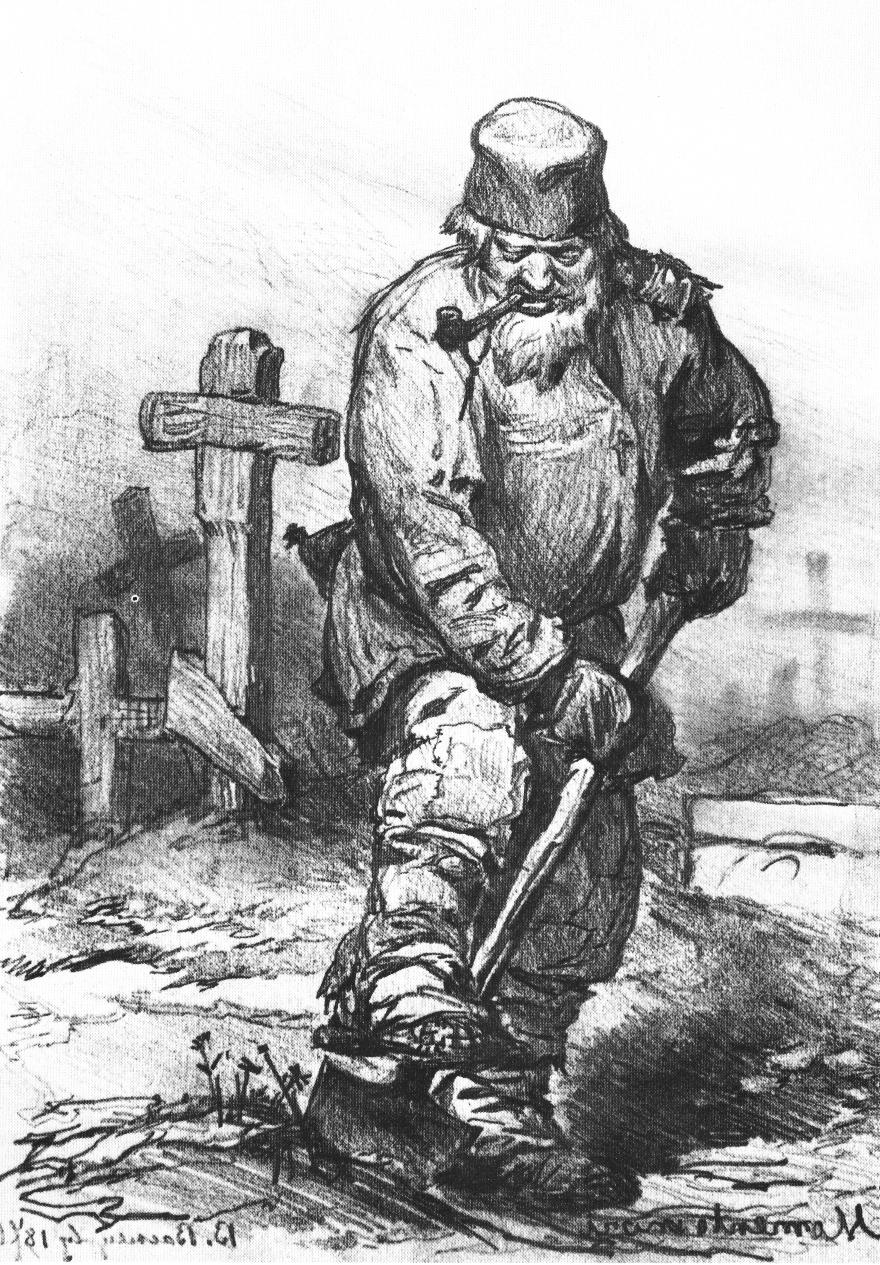 Trampled grasses cover a large area ahead and converge into a path. Blood splatters and gore scraps litter the golden strands. A congregation of black-clad men and women measure out neatly organized corpses while cutting at pinewood boxes. Younger looking individuals dig rows of graves. Upon seeing the party, an elderly man with a black pepper beard clears his throat and introduces himself as the leader of the local undertaker guild. He makes pleasant talk about the honor of the dead and the unfortunate loss of life that occurred here, though he does not know who they are nor why they fought. After a few minutes of such talk, he offers a free coffin sizing and, for a fee, an imprinted token that any undertaker will recognize as prepayment for burial rites. For those not interested in prepayment, the undertaker calls over a young woman who lists a number of battle-worn items for quick sale. These confiscated goods are the undertaker’s price for the burial of the bodies.

Investigating the battle, two different symbols can be found on the different, almost evenly matched, sides. No traces of anyone human leaving the skirmish, though lizardfolk tracks can be found in the area. Some of the sale items include loot common to monsters or dungeons nearby. A knowledge check will reveal the symbols as those of small adventuring companies. Looking at the wounds, there are a small number of lethal wounds that could not have been caused by the weapons the adventurer’s carried, as they are ragged wounds caused by primitive weaponry. There are no lizardfolk bodies nor any trace leavings like blood, scales, or the like.

Dry, cracked earth lies fallow with rows of simply adorned gravestones. Shayan Livemore, Garrik and Liana Everwell, and Josephs Axer are among the names still legible beneath the overgrowth. There is no nearby town that is related to these graves, not even old foundations or traces of one.

This might be a hint of a dark event that wiped a town from the map or reminder of the ravages of time. One attuned to divine or alignment magics that checks the area will recognize that the land here is hallowed. [Monster] The Presence of a Hostile, Common Demi Humanoid

A rotting siege tower sits half buried in this field halfway between a local fortress and the goblin warrens. After a failed attack ended in a rout, the goblin king and enterouge retreated to this mobile tower that never made it to the battle.

There are three levels to this tower, each approximately 20’x30’. The top floor holds the goblin king, a goblin with a few levels of rogue or thief. He will call for aid if attacked or approached without tribute. There is a pile of trash with a rocking chair atop it, and hidden in this pile is enough minor junk to equate to a minor amount of treasure, a ladder on the south end short wall leads down to the second floor and arrow slits give the king a view of the surroundings. Goblin King (30 HP) AC 16 30ft Move +6 ATK Shortsword (1d6+3 +1d6 if flanking/surprise).

The second floor has a partially collapsed boarding plank doorway guarded by a sextet of spear-armed goblins each trying to cheat the others into being the one to keep watch next. A trio of goblins patrols a short way around the tower, mostly looking down for food, trash, and cool rocks. Each has a wind-up noise-maker to alert those inside and oversized human crossbows. A ladder on one 20’ wall leads up to the third floor and a ladder on the opposite wall leads down to the first. Five large stumps sit arranged in a circle in the middle of the floor. Goblin Guards (15 HP) AC 13 30ft Move +4 ATK Spear (1d6+1) or +4 ATK Crossbow (1d8+3) 60 ft range, 1 round to reload.

The first floor is packed with goblins and trash. The sleeping goblins are piled in amongst the trash and will rouse to any alarm, swarming out with bits of junk as improvised weapons. There is nothing of value in here and anyone searching risks getting cut with rusty garbage, needing an easy constitution save or contracting a slow-paralysis disease like tetanus. Goblin Cretins (1 HP) AC 10 20 ft Move +1 ATK Junk (1 damage)* Goblin Cretins swarm and attack a single target as one, pooling their attack bonus and damage. On a hit, their damage die is equal the number of attacking cretins.

This encounter may relate to an earlier siege battle, allowing the party another chance to gain intelligence from a monstrous leader in the conflict or as a way to introduce recent events occurring in an area the players are entering along with instant credit with the population for dealing with the routed goblins.

Ahead of the marching party is a marshy area littered with garbage and a few areas of mounded, mossy earth. Trudging through will slow things down and risk a stuck wagon, but if the party navigator can find a path using the garbage and dry land, then the group can travel at normal speed. Other party members could contribute to the easy skill challenge by feats of strength to pull stuck party members out of the muck, investigating animal tracks for useful paths, or arcana checks to provide minor magical aid. Coming to a Boil

[Monster] The Tracks of a Aggressive, Uncommon Vermin/Ooze

The mostly dry riverbed’s silt is in the process of being farmed while under attack by massive crawfish crawling out of the mud and shallow pools. The peasants are trying to ward them off with farm implements, but even direct hits bounce off the thick carapace and their skinny muscles shake with exhaustion. Three such crawfish are currently wandering about the farm, ruining the seed crop the farmers are trying to seed. They are not hostile, but will do so once taking damage. Dire Crawfish (45 HP) AC 17* 20ft. Move +4/+5 Claw 1d8+3/Tail 1d6+1 *The thick shells of the crawfish ignores the first 5 points of physical damage from each attack. Creatures they trample over will take 1d3 damage.

Clearing the monsters from the river will make it easy to take a barge across the wide river, otherwise the party will have to go around. The only rewards available are some seed crops, but the villagers don’t have much, which is why they’re risking their lives to push into crawfish territory. If the players have the equipment for it, a crawfish boil will give these farmers the food they need to make it through to harvest without losing anyone to starvation. 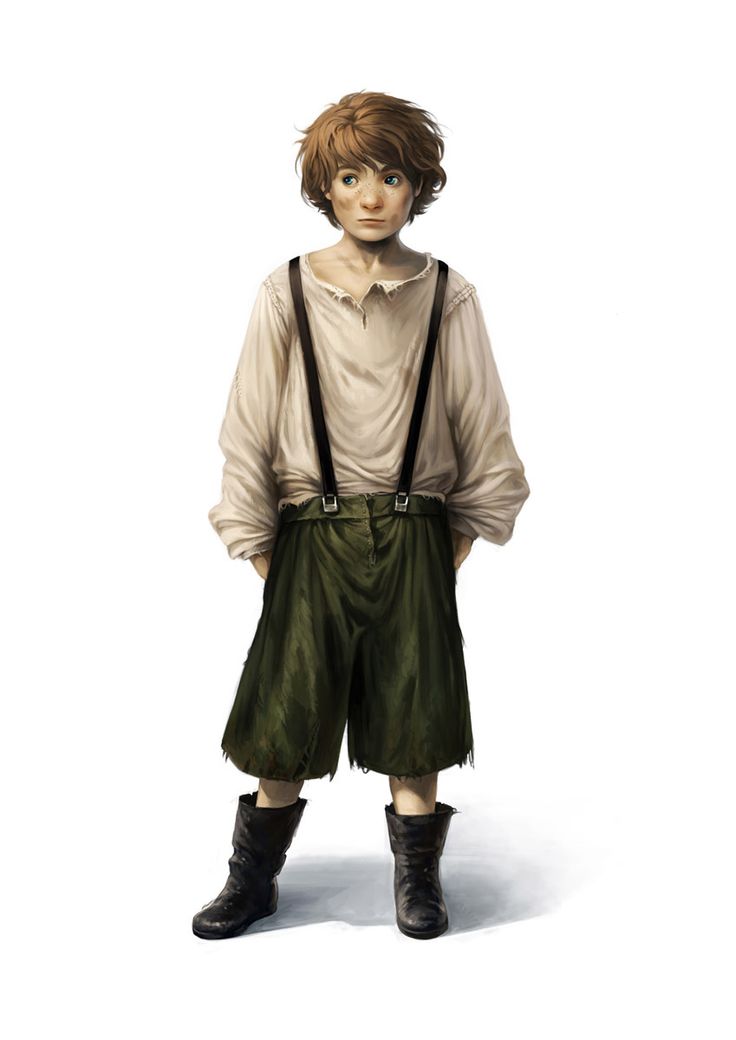 In Short, I’ve Got Some Bad News

The players come upon a crime scene being poked through by the small hamlet’s magistrate as the four families of people look on, whispering to one another and shooing away the children. As it turns out the murder victim is an NPC related to the players or related to one of their organizations or ongoing quests. Although the loss of this NPC will be a setback, investigating the crime will give the players clues to the identity or operations of one of their enemies. The NPC was stabbed in the thighs, fell, and then had their throat slit to spill what remained of their blood, which a good investigation or medicinal check will reveal or the magistrate will eventually deduce. The murderer was a halfling disguised as an orphan child in town, a planted agent of the players’ enemies. Other clues include the small window into the tavern room the NPC was renting, the adults of the town were all accounted for in the town hall, along with their children. Those unaccounted for include a number of orphans from an orphanage that operates in the hamlet. Villagers asked about troublemakers will be pointed to a disreputable group of orphans, Carlos, Devashi, Trent, Jamie, Klara, and Jinni. Confronted, they’ll blow off the accusation, but if convinced to talk by bribery, flattery, trading them some weapon/thief tricks, or intimidation, they’ll reveal that they were witnesses and saw the quiet orphan boy, Smith, sneaking around the tavern back to the orphanage. A scrap of parchment in NPC’s room with meeting agenda. The most recent addition to the town was John, the young boy at the orphanage who wears lots of layers of clothes and doesn’t talk much, although he takes a keen interest in helping the tavern-keep and likes listening to stories of travelers, although John will not be interested in being around the players if they stay in the tavern, something that will be noted by the tavern keeper.

John’s real name is Gunther Quadrikusi Ermansen, and he is not very resistant to persuasion tactics and will easily give up information about his employer if bribed, threatened, or harmed.