When a dragon pursues lichdom, the process requires an exacting alchemical process to kill the dragon at the precise time in its reincarnation ritual. As powerful magical creatures, they often seek to retain as much of their natural magical abilities as possible, often overcompensating to retain elemental affinities, corrupting the lich ritual. Grime Dragons are those acidic dragons that fail their dracolich attempt in this manner.

Grime Dragons are a peculiar type of mindless undead. They retain powerful magic and a devious cunning within their floating skull, which glows with a fell light from their hollow skull, although a Grime Dragon retains no ability to learn, retain long-term memory, or pursue any goal besides killing intelligent creatures it comes across. Surrounding the glowing skull is an animate pile of the dragon’s former bones, loosely held together by magic in a pile that rolls over obstacles and lashes out at the Grime Dragon’s foes. Flowing around the mass of bones and the skull is an amorphous mass of elemental acid, sticky and dripping as an unholy green slime.

Lacking any intelligence, the Grime Dragon’s outermost layer dictates its behavior and attacks. So long as its slime layer exists, the dragon will inch forth on all surfaces, striking out with pseudopods to pull foes in to dissolve. It will slowly move directly towards the largest intelligent creature within sight, squeezing through any gap large enough to fit its skull, anything bigger than 4 feet in diameter. Against smaller barriers, it will take the most obvious route around or force its way through. As the slime becomes damaged, it is blown away from the Grime Dragon, eventually freeing the bony mass within.

When the mass of bones are freed, the Grime Dragon begins to act with animalistic instinct. Its bones swarm forward, striking at the weakest targets within reach and rolling forward along the ground. The collection of bones is faster than the sticky, acidic slime, but it can only harm those in the space it occupies. As opposed to the singular blob of its outer slime, these brittle bones are smart enough to reshape to attack multiple targets at once or even to surround and cut off a vulnerable foe from its allies. Broken bones turn to dust, slowly waking up the dimly glowing skull hidden in the mass of calcified dragon.

Finally unshackled from the dead weight of its bones, the Grime Dragon’s skull floats shakily into the air and dives into the fight with a devious intellect. It avoids physical blows as best as it can by keeping out of reach while attacking with the few spells and draconic abilities it has retained. While its use of strategy and tactics increases, its mindlessness manifests as a single-minded focus on killing intelligent creatures in sight, unable to surrender, retreat, learn new tactics, or change its attack styles from its previous life.

A Grime Dragon’s lair is filled with the residual influences of their lost life and energies, where their previous draconic nest was located. While the Grime Dragon is within its lair, its tortured soul can call out to residual power as a lair action to reach out with acidic pseudopods to attack or act at any point within its lair. Alternatively, it can use its connection to its lair to make two move actions. These abilities can be used at any time, but once used, the Grime Dragon must roll a 4-6 and a 6, respectively, at the end of its turns to recharge the ability. 8HD (67) Size G* AC 5 MOV 10 ft STR 15 DEX 5 CON 17 INT 1 WIS 3 CHA 1 ATK +5 Slime Pseudopod** DAM 1d10 Acid. *Slime Body. A Grime Dragon takes up 64, 5ft cubes of space. Any creature sharing the space it occupies takes 4d6+3 Acid damage at the start of their turn. Creatures within the Grime Dragon Slime’s space must make a Dexterity or Strength save, DC 11, to move out of the slime. The slime is considered difficult terrain. It can move through any space larger than 4 feet in diameter and can move all but four cubes of its body through any space larger than 1 inch wide. The slime is resistant to acid, poison, and targeted attacks but vulnerable to cold and necrotic damage. **Psuedopod Grab.The pseudopod has a 20 foot reach. Creatures struck by the pseudopod must make a Strength saving throw, DC 11, or be pulled into the nearest cube of the slime. On a successful save, the creature is only pulled five feet closer instead. 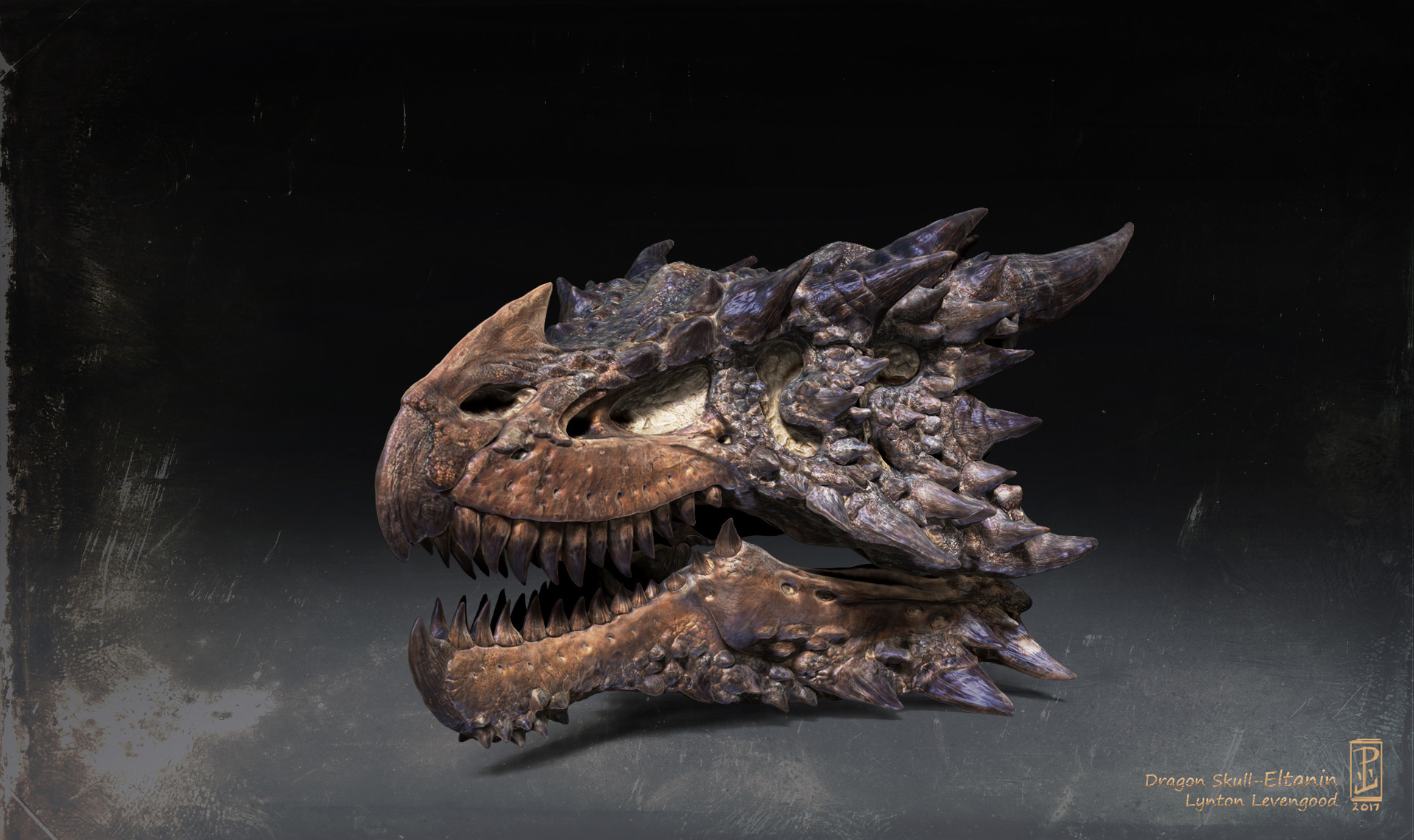 Shield. The Grime Dragon calls forth a dried barrier of acidic slime as a reaction to increase its AC by +5 until the start of its next turn. The Grime Dragon has a 6 in 6 chance of recharging this ability each round. After each further casting of Shield, this chance decreases by 1, such that the Grime Dragon can cast this at most seven times each day.

Acid Bomb (Fireball) Creatures in a 20 ft radius must make a DC 16 Dexterity save or take 8d6 Acid damage or half that much on a successful save.  The Grime Dragon has a 2 in 6 chance of recharging this ability each round. After each further casting of Acid Bomb, this chance decreases by 1, such that the Grime Dragon can cast this at most three times each day.

Call Slime. An acidic pseudopod works its way out from the cracks in a surface of the Lair, letting the Grime Dragon make a single attack or simple manipulation. The attack or manipulation is made with a +6 bonus, dealing 1d6+3 Acid damage. Attacks made out of sight treat the Grime Dragon’s rolls as if it were blind. Call Slime is recharged on a roll of 10 or lower.

Slime Anchor. Slime bubbles up from the cracks and crevices of the Lair surrounding the Grime Dragon, grabbing and pulling its mass forward. The Grime Dragon may immediately make up to two non-flying move actions. Slime Anchor can be used twice before needing to be recharged and regains one use on each recharge roll of 11 or greater.

Ichor Pool. Dark green liquid pools up from the ground, causing a 5 ft radius within the Grime Dragon’s Lair to become filled with a few inches of acid. Creatures that enter the acid or end their turn in it must make a Constitution save, DC 11, or take 3d6 Acid, or half as much on a successful save. The acid lasts for five rounds or until it deals 20 damage. Ichor Pool is recharged on a roll of 8-12.

Failed Dracoliches of other elements can be made, replacing the acid and slime focus of the Grime Dragon with the following. While the element and inherent magic changes dragon by dragon, their arrogance and narcissism to refuse to risk even the tiniest loss of power causes many a dragon to become pale imitations of their past selves.

Fire: Black oil, ashes, or rolling embers making up the outer body combined with fire spells for the skull. Electricity: Sparking plasma, a rolling thundercloud, or ionized jelly for the outer body with electricity spells for the skull.

Necrotic: Dark miasma, rotting flesh, or desecrated soil for the outer body along with necromantic spells for the skull.

Radiant: Holy water, thick incense fog, or sparkling white sand for the amorphous form along with holy spells for the skull.

Psychic: Ectoplasm, a purple crystal avalanche, or overlapping ghostly forms for the outer body along with telekinetic or psychic spells for the skull.

Arcane: Translucent shards, energy maelstrom, or freeform arcane circles for the outer body along with obscure summoning, force, or pure energy spells for the skull.